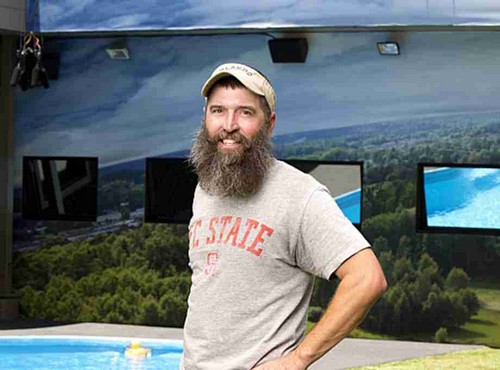 The 16th season of Big Brother started this week, with the live feed kicking on Thursday night. It’s only been two days, but there’s already so much going on in the house. Cast members are already dividing and conquering, and the first Battle of the Block as well as the Power of Veto revealed the early favorites and team leaders this season.

HOH Caleb Reynolds nominated Donny Thompson and Paola Shea and HOH Frankie Grande nominated Brittany Martinez and Victoria Rafaeli. However, Brittany and Victoria proceeded to win the Battle of the Block, which put Frankie out of the HOH position. In the end, Cody Calafiore, Victoria, and Zach Rance were selected for the PoV competition.

And guess who ended up winning the Power of Veto? Donny! He got lucky because several of the others were ganging up on him. Caleb, Zach, Devin, and Frankie all wanted Donny evicted, so he may have just saved himself a hasty exit with that win.

Now that the group can’t get Donny evicted, they’re re-focusing their efforts on Joey Van Pelt. All the talk is about her being the replacement nominee, and if that doesn’t work out, well… I guess they’re in trouble. But from Joey’s reveal of her alliance with Paola, Amber, and Nicole to Paola’s standing as the wild card in the cast, it looks like the men are pulling ahead of the girls right now.

Zach and Frankie are obsessed with winning, and they’ve already gotten the Final 2 deal. Plus, they seem like they’d be willing to do anything and everything to win the game, even compromise their ideals and play really, really dirty. But then again, this is Big Brother. We can’t expect any different, can we?

Frankie, Devin, and Caleb have also started another ‘formal’ alliance called the Bomb Squad, which is sure to endear them to audience members… not. Unfortunately for Donny and Victoria, they’ll probably continue to be the targets of this Bomb Squad. Right now, things aren’t looking so hot for Joey’s team, are they?

What do you guys think of this season of Big Brother so far? Let us know your thoughts in the comments below.