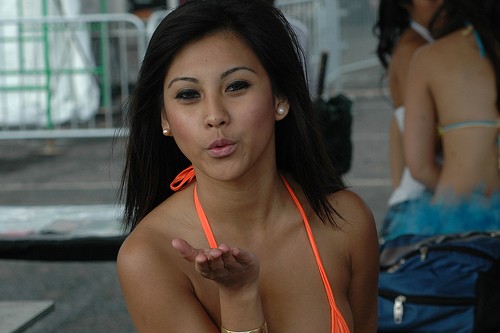 Season 16 of Big Brother is finally here, (check out our recap of episode 1) and CBS is throwing sixteen strangers into a house for the summer and letting them loose. At the end of the summer the final houseguest remaining will win a cash prize of $500,000. So who are the sixteen people that will be competing on Big Brother this summer for half a million dollars?

Paola Shea is one of the lucky sixteen people getting a shot at the grand prize this summer on Big Brother 16. Shea already had a slew of fans before she even crossed over the threshold in to the BB16 house. The bubbly New Yorker is a professional DJ, and books venues all across the country, and has modeled for several magazines and campaigns, including Maxim. According to her social media accounts she is also an avid gamer, and a huge fan of the popular video game Gears of War.

Paola Shea isn’t the first semi-famous player on Big Brother, and we have seen her type many times before. Sure, Shea could use a half a million dollars, but let’s be honest. Paola’s main goal for joining Big Brother 16 is most likely to do some major publicity for herself and boost her modeling and music career. On her Big Brother bio page on CBS she was asked, “What would you do if “Big Brother” made you famous?” Paola’s response: “I hope that I would gain more social media followers.” That sounds to us like someone who has joined the show to help her career. We don’t hold it against her though.