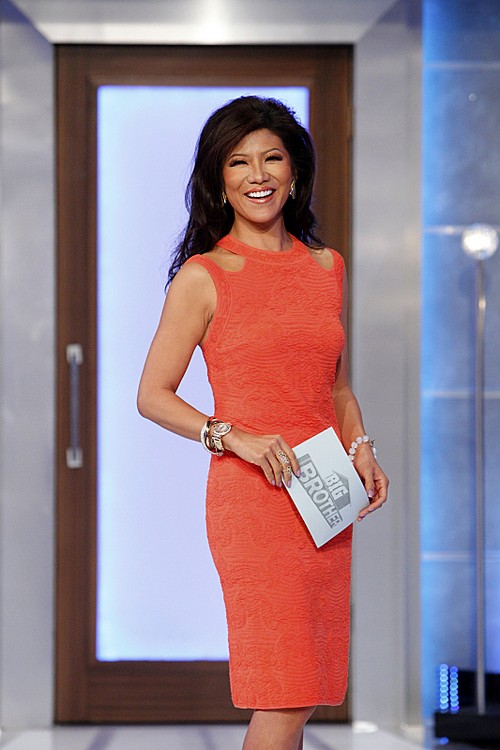 Tonight on CBS BIG BROTHER returns for the ninth episode of their 16th season. On tonight’s episode we see what happens on the live “Eviction Nominations”. The two new heads of households move into their rooms and nominate two house guests for elimination.

On the last episode we found out which house guest was evicted and it turned out to be Paola; after her eviction there was the HOH competition and during a game of water polo, two new HOH’s were crowned, Nicole and Derrick. Devin declared that he is no longer part of the bomb squad, from here on out, he is riding solo. Did you watch the last episode? If you missed it we have a full and detailed recap, right here for you.

On tonight’s episode the now two new heads of households will move into their rooms and then they’ll decide on the two house guests that they’d like to see be at risk of being evicted from the Big Brother House.  If you cannot wait till the episode airs we have already spoiler the episode but remember they are spoilers.

Tonight’s episode of Big Brother kicks off with Nicole and Derrick celebrating their HOH victories. Zach locks himself in a room to have a private party and celebrate the fact that he wasn’t evicted. Devin knows he is a sitting duck now, he immediately tries to convince Derrick to put him up on the block, in a desperate attempt to avoid being back-doored at the POV ceremony. Caleb and Derrick begin strategizing on ways to make sure Devin is voted out of the house this week.

Meanwhile, Devin takes Brittany, Jocasta, and Donny aside and tells them all about the Bomb Squad, and exposes all of the members of the secret alliance. Christine confesses to Nicole that she was in the Bomb Squad, because she wants Nicole to know before someone else tells her since they are supposed to be working together.

Derrick and Nicole start strategizing and discussing who they are going to put up on the block. Nicole is going to put up Amber as a pawn, since Amber nominated her for eviction when she was nominated. Caleb volunteers to go up for eviction so that he can throw the Battle of the Block competition and save Amber and dethrone Nicole.

Nicole takes Donny aside since she thinks he is “super wise” and asks him to work for her. Donny thinks that Nicole should put Christine up since she joined the Bomb Squad without telling Nicole. He warns her that she shouldn’t trust Christine. Afterwards Donny runs and tells Jocasta and Brittany everything that Nicole said. When Nicole finds out that Donny broke her trust, she begins leaning towards putting him up on the block.

It’s time for the nominations ceremony. Nicole puts Amber and Donny up for eviction, and Derrick puts Jocasta and Caleb up on the chopping block.

After the nomination ceremony Devin is not happy, he mumbles “I came in the front door and I’m going out the back door.” Afterwards he heads up to the HOH room and tries to make amends with Derrick. Derrick sees right through Devin though, and he is sure he still has a few tricks up his sleeve.

Derrick heads in to the diary room and finds a letter for Team America, giving the first Team America challenge. Derrick, Donny, and Frankie have to spread a rumor and convince three houseguests that one of the players are related to a Big Brother veteran. They decide to convince everyone in the house that Zach is Amanda Zuckerman’s (from Season 15) cousin.

Nicole is having a meltdown and feels guilty about putting Donny up on the block. She cries to him and he comforts her and tells her it is okay. Nicole explains that she found out that Donny broke her trust, and he explains that he didn’t know what she told him was supposed to be a secret.

Now it is time for the Battle of the Block competition. The houseguests head to the backyard and see it transformed in to the “Magical World of Frogwarts.” The nominees get decked out in wizard costumes, Caleb and Jocasta will play against Amber and Donny and they have to race to complete a puzzle while suspended in air. Donny and Amber complete their puzzle first, and are safe from eviction, and Nicole is officially dethroned from HOH.