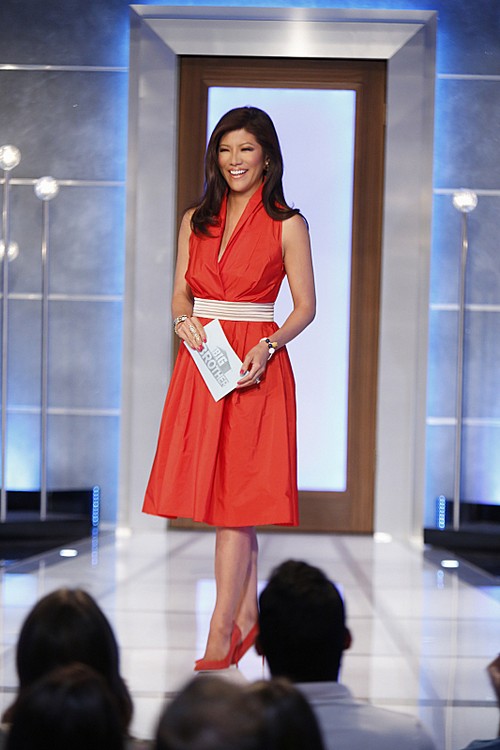 Tonight on CBS BIG BROTHER returns for the thirteenth episode of their 16th season. On tonight’s episode house guests vie for the coveted power of veto.

On the last episode we found out who the Head of Households were, Frankie and Cody are crowned! During the nomination ceremony, Cody announces that this week he is nominating Victoria and Brittany. And, Frankie nominates Jocasta and Amber.This week there are no Have Nots in the Big Brother house, so the houseguests are all trying to work out their sleeping situations. After an intense Battle of the Block game, Amber and Jocasta win and Frankie is dethroned again. Victoria and Brittany are still up for eviction, and Cody is the reigning HOH. Did you watch the last episode? If you missed it we have a full and detailed recap, right here for you.

On tonight’s show eviction is coming close; the house guests will fight for the power of veto. For those who were nominated this is there last chance to save themselves from being at risk of being evicted from the Big Brother House.  If you want to know who won PoV and who were the replacement nominations we have already spoiler the episode, but warning it is a Spoiler!

RECAP: Amber thinks she is all alone in the house and Zach couldn’t be happier, he wants her gone. Meanwhile, Victoria doesn’t trust anyone in the game and finds the house is torture and pathetic.

The HOH room has cameras all over the place, but Caleb wants to have his own to snoop on Amber who is getting cozy with Cody.
Caleb is upset and tells Zach that Cody should back off and leave Amber alone since he knows she’s his girl. Zach listens but is on Cody’s side because he knows that Amber is not into Caleb.

Brittany goes outside with Caleb; he is venting because Amber is not returning his attention and riding Cody’s back pocket.
Caleb tells Brittany that she has his vote to stay, he wants Victoria gone.
Meanwhile, Cody is pissed that Caleb is upset and it is driving him crazy. In fact, Cody knows that it is only a matter of time before Caleb comes after him.

Caleb speaks to Cody and tells him that Victoria should go home, not Brittany.

Time for the Veto competition and it is a game of soccer. Victoria is up first, she gets the highest score with a 50; it’s going to be tough for the other players.

The other players are all giving it their best shot, but Victoria is still in the lead. In fact, Brittany scores a big fat zero. Once the players are out, they have to pick prizes from a trophy.

In the finals is Caleb and Victoria, it is between the two of them. Victoria strikes out and gets a zero. Caleb scores and he wins.

Caleb gets to decide which prize he wants and shockingly he picks the $5000.00; Donny calls Caleb the biggest Dumbo in the world. Nicole gets the germitard, Victoria gets the POV, Zach gets a trip to Germany to take his girlfriend, Cody gets the penalty kicks, Brittany gets the soccer goals – but I bet she will be wanting to kick Caleb to the curb since he didn’t take the VETO to use on her.

Cody is upset that he has to pick a replacement for Victoria as there is no doubt that she is going to take herself off the block. Frankie thinks it is really stupid that Caleb took the money, but doesn’t want him to go on the block because he will then loose an ally.

Brittany pretty much thinks she is screwed in the game since she is probably going home and has to kick 2400 soccer goals in 24 hours.

Donny is trying to campaign in the house for the boys to put up Caleb, Zach agrees and calls Caleb a love sick fruit loop.

Brittany is half way through her soccer goals but feels like her feet are broken. Meanwhile, Cody is so tired of getting penalty kicks that he even did it once when didn’t have to.

Brittany is upset, she in so much pain but still wants to prove herself to the house. Hayden cannot believe how grueling Brittany’s punishment is. Finally, it is time for Brittany’s final goal and everyone cheers her on and congratulates her.

Zach heads to the the HOH room with Cody, Frankie and Derrick; he tries to convince them to put Caleb on the block. Derrick suggests to put up Donny as a pawn so Brittany goes home – he wants Caleb to stay because he is any ally and gives them the numbers to have control in the house. Cody doesn’t want to put Donny up on the block, he wants to put Caleb and tells Frankie and Hayden.

Frankie thinks this is a horrible game move and is set on doing some damage control. Frankie goes right to see Derrick to tell him so he can change Cody’s mind. Cody is sitting with Derrick who is trying to convince him that Brittany should go home because she is a dangerous threat.

Time for the Veto competition – Victoria knows what she is going to do, but Cody doesn’t. No surprise, Victoria uses the Veto to save herself. Time for Cody to name a replacement nominee, he chooses Donny.