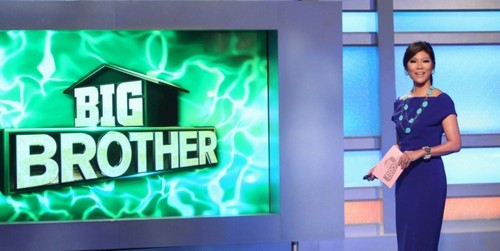 Tonight on CBS BIG BROTHER returns for an all new episode in their 16th season. On tonight’s episode another house guest is evicted from the competition Donny or Nicole.

On last night’s episode, there was a lot of drama in the house when Zach and Frankie started arguing and when Frankie felt like he was being backed into a corner, he decided to pull out his Ace card, he told the house guests about his being a YouTube star and Ariana Grande’s brother. The only person that was star struck was Victoria, nobody else seemed to care. During the Veto competition, Zach won, which meant that Christine had to name a replacement nominee, she named Nicole. Did you watch the episode? If you missed it we have a full and detailed recap, right here for you.

On tonight’s show a house guest is going to be evicted from the Big Brother house, will it be Nicole or Donny? There will also be a new Head of Household competition, where two more house guests will win and get further in the game.

Big Brother 2014 airs tonight at 9pm with another great episode, we will be live blogging the show with all the up-to-the-minute details so make sure to come back to Celeb Dirty Laundry and watch the show with us. Can’t wait to see how all the drama plays out, how about you? Are you excited about Big Brother?

RECAP: It’s day 56 in the Big Brother house, lies and secret identities have been exposed. Nicole finds herself betrayed and on the block, it only prove that friendship means nothing compared to a half million dollars.

Nicole is hurt that she was nominated and speaks to Christine who tells her that Zach told her if she didn’t put up Nicole, then she would be put up the following week. Meanwhile, Donny and Zach are talking and Donny can’t imagine what is about him that makes people want him out of the house. Nicole is still crying, this time to Victoria and tells her that Christine has some sort of deal with Cody. Victoria knows something has to be done, because of Nicole goes home, it is only a matter of time before the other women are picked off one at a time.

Nicole goes to see Christine to plead her case and it doesn’t take long for Christine to start changing her mind. Nicole is now speaking to Cody, she tries to convince him to vote out Donny and not her. Christine speaks to Derrick and Cody, tells them that Nicole thinks Donny is going to come after them next.

We now see Caleb, Frankie and Christine on their NFL experience of a lifetime which was reward from the last competition. First they get a tour of the Dallas Cowboys’ locker room, then they meet the owner Jerry Jones, they meet players and get their souvenir hats and shirts signed; all three have the time of their lives.

Nicole is in the hot seat with Julie, she tells her that she doesn’t know why they wanted to get rid of her. Nicole says that it was a smart move on Christine’s part, but she is frustrated with her because she betrayed her. Nicole confesses that she is really happy that she is going to see Hayden again, but she doesn’t know if she wants a relationship with him when the show is done; she thinks they will just best friends. Julie asks Nicole if she would do things differently if she were allowed back in the house, Nicole says yes she would trust less people; Julie tells her she may just get the chance.

It’s time or the Zombie Apocalypse HOH competition, Julie is going to ask the house guests questions based on information they were given the night before. Caleb is the first to answer wrong and get thrown out of the game, then Donny and Victoria, then Zach leaving Derrick, Frankie and Cody to face off. Derrick and Frankie are the two new HOH.

Julie is joined by former Big Brother winner Rachel Reilly. Rachel says that the girls didn’t try hard enough, they got intimidated and that is the end of them. Rachel thinks Derrick is going to win the game. Rachel would like to see Nicole have another chance to get back into the house because she would go after the boys.