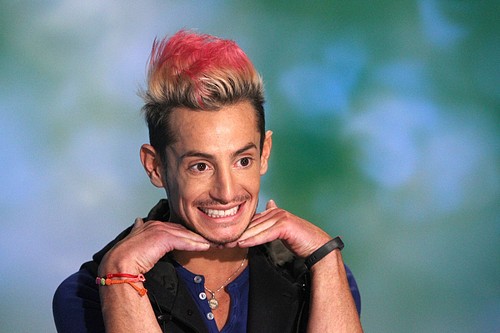 Tonight on CBS BIG BROTHER returns for an all new episode in their 16th season. On tonight’s episode The Power of Veto competition is held and we will also see the Veto competition.  We will see how the house reacts after Frankie reveals he is Ariana Grande’s sister.

On the last episode, the two new heads of households moved into their rooms, they were Nicole and Christine. The Nomination Ceremony was also held, Christine nominated Donny and Zach; Nicole nominated Caleb and Frankie. The nominees had a chance to save themselves in the Battle of the Block, Donny and Zach won, which causes Nicole to be dethroned as HOH. Did you watch the episode? If you missed it we have a full and detailed recap, right here for you.

On tonight’s show the house guests will be going up against each other to fight for the power of veto.  If you really must know what is going to happen tonight we have already spoiled the episode for you, you can check it all out HERE.

RECAP: Zach and Frankie are arguing, calling each other liars. Zach calls Frankie a huge manipulator right in the living room and Derrick tells them to take it in private. Frankie knows he needs to calm everyone down and tell them why he did what he did. Frankie is with Caleb, Derrick, Cody – he tells them he is a huge YouTube star and the brother of Ariana Grande. Derrick wants to know what he is telling them now, he says that he wants to come clean on everything and start anew. Cody tells Frankie that he cares about game and game only. Then here’s the best one, Frankie says he is playing the game to win money to give to children in Africa; Cody asks him if he is even gay, or was that a lie too.

Frankie calls all the girls in the living room and tells them the news about who he is. Victoria is shocked and star struck. Christine is not impressed and thinks the boasting is going get Frankie a lot of backlash.

Derrick thinks that Frankie’s whole confession is strategy, he is trying to divert the fact that he has lied to everyone in the house with the news that he is a celebrity.

All of a sudden, this gigantic penguin starts talking and it is the voice of Gilbert Gottfried. Basically the penguin is thirsty and the contestants have to run around a find drinks that were inspired by house guests personalities. Sadly, Donny is quickly eliminated.  Nicole is eliminated next, there are still four players in the game; Nicole, Zach, Derrick and Caleb. Christine is the next one to be eliminated, she couldn’t even find her drink. In the end, Zach wins the Veto. This is a great opportunity to back door Frankie.

Zach is alone with Victoria and spills the beans about the alliance he is in; she looks upset. Victoria feels so betrayed by Derrick, her heart is broken.

Zach goes to speak to Derrick and tells him that Nicole spilled the beans to Victoria about their alliance. Call it the cop in Derrick, he doesn’t believe Zach and knows that he needs to speak to Victoria and mend his relationship with her. Derrick runs right to Victoria and Nicole, Derrick tells them that he doesn’t have an alliance with Zach, he is lying. Derrick calls Zach in the room, with Caleb, Cody and Frankie – he calls Zach out. Victoria explodes, mission accomplished, everyone is mad at Zach.

Caleb is upset that Zach won the POV and is now running off his mouth. Cody, Derrick and Caleb are talking about putting up Nicole – Caleb is voted to be the one to get Christine to do it. Caleb’s only mission is to keep the bomb squad together, he goes to see Christine and plants the seed. Caleb tells Christine that the rumor is that she is working for Nicole. Christine has no idea who she can trust, her alliance or her best friend.

Time for the Veto ceremony, Zach takes himself off the block which means that Christine has to name a new nominee; she names Nicole and says that she is nominating her to take the knife out of her back.