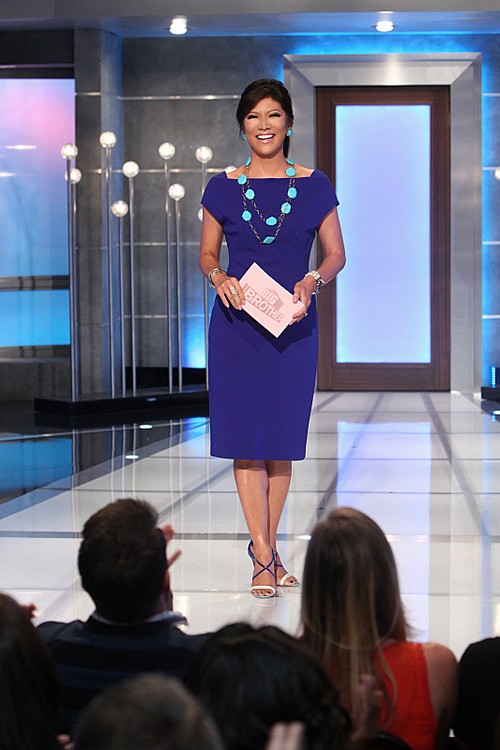 Tonight on CBS BIG BROTHER returns for an all new episode in their 16th season. On tonight’s episode there is a new HOH competition and the nominations for eviction are revealed.

On the last episode, not one but two house guests were evicted and the Head of Household competition took place. Jocasta was clearly the weakest and most annoying link in the house and thankfully, she was evicted. In a surprise double eviction, the HOH competition was won by Caleb and he had only a few minutes to nominate two people for eviction, he choose Donny and Hayden. There was only one chance for the two nominees to save themselves with the POV competition and Donny won, he of course took himself off the block. Caleb had to name a replacement nominee, he chose Nicole. In the end, Hayden was sent home and Nicole was left stunned that she was even put up on the block. Did you watch the episode? If you missed it we have a full and detailed recap, right here for you.

On tonight’s show the two new heads of households move into their rooms and nominate two house guests for elimination.  Then we will see the Battle of the Block held

UPDATE: Tonight’s BB16 episode 21 is be delayed in due to golf.

RECAP: Nicole is very upset, she is crying and goes into the bathroom, Donny follows her and tries to console her. Meanwhile, Caleb is in the kichen and says the house is cut throat – Nicole tells Christine that she played her. Zach says that he is happy that he evicted Nicole’s boyfriend. Nicole then calls out Frankie in front of everyone, but he denies it – Nicole is insulted and won’t back down. Zach is believing Nicole, but he is going to stir things up. Derrick is essentially the reason the house flipped and he finds it’s hilarious to watch them all go at each other.

Frankie and Caleb are alone, Caleb tells him that he is not taking everything that Nicole said as a lie. Caleb would rather not believe it, but he is going to be impartial. Frankie knows that he has to win this next HOH or he is going to be in trouble.

The competition is tournament style, two at a time. Cody and Nicole face off first, they get an eye chart clue and have decide if the answer is one or two. Nicole wins and advances to the next round. Victoria and Derrick are next, Victoria wins and advances. Donny and Christine next, Christine won. Frankie and Zach are last, Zach won. Nicole and Victoria now face off against each other, Nicole wins – she is the first HOH. Christine and Zach face off against each other, Christine is the second HOH.

Zach calls Nicole over so he can brown nose a bit and look out for himself. Zach asks her what is she thinking, she says she doesn’t know and Zach says he doesn’t like how much Christine and Frankie are liars. Zach tells her he is putting everything on the table, he tells her about the alliance he had. Nicole tells him that Frankie already came in and told her who to put up. Nicole is super tempted to work with Zach but he has such a big mouth that it is really hard.

Zach goes to see Caleb and tells him that Frankie told Nicole that she and Christine should put up Derrick, Zach, Cody  and Caleb. Derrick is pissed, Frankie’s loose lips is going to sink ships.

Nicole and Derrick talk, she puts up Frankie and Zach, Zach throws the competition and Frankie goes home. Nicole trusts Derrick the most because he really has never done anything to make her not trust him. Nicole calls Caleb in and he offers to go against Frankie.

Zach refuses to speak to Frankie and Christine; he says they are dead to him. Meanwhile, Frankie is confident he and Caleb are going to win because Caleb is strong. Frankie is alone with Zach and tries to speak to him, Zach will not listen to him – he is done.

Time for the Battle of the Block competition and it is a football themed competition. Frankie and Caleb are on the field and Frankie guesses that Caleb is going to throw it and begs him not to. Caleb tells him that he doesn’t believe him, Amber is gone because of him. Caleb admits that he is going to throw the competition because he ruined his trust and destroyed his loyalty.

Zach and Donny are doing well and are half-way through the competition when Frankie, all by himself has now pulled ahead shockingly. The game is even, it is a tie, then Frankie wins.

Frankie knows this is only going to save him for one week, so he is prepared to play his high Ace card, tell the house who his sister is, Ariana Grande.