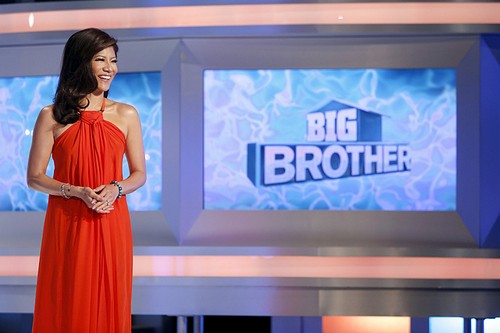 Tonight on CBS BIG BROTHER returns for an all new episode in their 16th season. On tonight’s episode another it is the first double eviction of the season and you know it is going to be intense and cause lots drama.

On the last episode, house guests vied for the power of veto. No one really expected Jocasta to win the Veto, but Zach was pretty confident he would.  The actual winner was Christine and she opted not to use it this week to take Zach or Jocasta off he block; there goes the plan to back door Frankie. So, going in to week 6 evictions, either Jocasta or Zach will be leaving the BB16 house. Did you watch the episode? If you missed it we have a full and detailed recap, right here for you.

On tonight’s show not one but two house guests will be evicted and the Head of Household competition takes place. Jocasta is clearly the weakest link in the house, but the other players might decide to seize the opportunity to get Zach out. He technically is in an alliance and has a final two deal with Frankie.  There will also be a second person evicted so you know tonight’s episode is going to have lots of drama.

RECAP: Derrick says this week it is locked down, Zach is going home. Frankie walks in on Derrick speaking to Zach and Cody who stop talking when he gets there; this causes Frankie to get paranoid. Frankie asks Derrick outright if he has a final three agreement with Cody and Zach, he says no but Zach is playing both of them and they might have to send him home.  Caleb finds out about the guys wanting to get Zach out but he is not too happy about it because Zach would keep him in the house. Caleb and Derrick talk and Derrick realizes that he should in fact keep Zach because it would be better for his game. Derrick convinces his alliance to keep Zach and vote out Jocasta.

Jocasta is in the hot seat with Julie and tells her that she is happy where she is because is her homie and we wanted it this why. Jocasta blames her getting evicted on her mother who told her not to lie in the house. Julie tells Jocasta that she may have a chance to get back in the game, expect the unexpected. For now, Jocasta is heading to the jury house.

Time for the HOH competition, only one HOH will be crowned. The competition is called Mathcaleon and Julie will ask them math questions based on things that happened this season in the house. Everyone is out of the game on the first question, except Caleb, Christine and Zach. Then after the second question, Zach is out. It is between Christine and Caleb, the winner is Caleb. It is time for the nominations; Caleb nominates Hayden and Donny. Hayden is shocked, not Donny though – this is crazy. There is no battle of the block tonight, the Power of Veto is the only chance for the nominees to get off the block. The players were chosen randomly; Cody, Victoria, Zach, Hayden, Caleb and Christine. The players have to dig through a pile of balls and find three rubber ducks. So far, Zach is in the lead. Donny is the winner!

Time for the Veto meeting, Donny uses the Veto on himself. Caleb now has to name a replacement nominee, he puts up Nicole. Time for the live vote and eviction; each have a chance to plead their case. Hayden says he wasn’t filled in this week and that they should do what they think is best. Nicole says that a lot of people are playing dirty, Frankie and Christine planted the seed to get rid of Frankie.

Nicole asks Christine if this was her plan all the time, to plant the seed. Then we see Julie with Hayden, he says he can’t tell who was in on it but the moment Jocasta was evicted, he knew something was up. Mostly, Hayden blames Frankie. Julie asks Hayden if he wants to continue his relationship with Nicole and he says he doesn’t know because he is super cool from LA and Nicole is a country girl wanting to get married.

Well, we have to wait for the HOH competition until Sunday night.