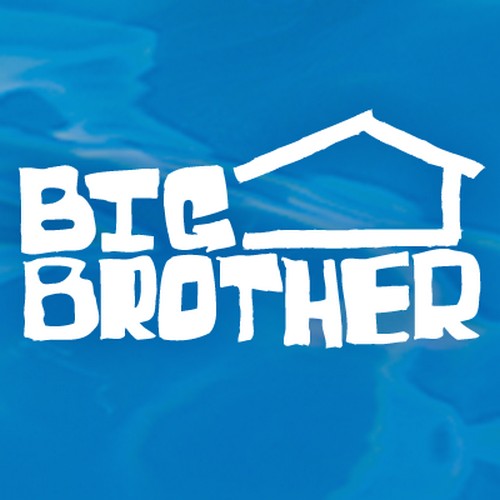 Tonight on CBS BIG BROTHER returns for an all new episode in their 16th season for a special Tuesday night episode. On tonight’s episode the Power of Veto competition is held and we will find out what the winner does at the Veto ceremony.

On the last episode, Frankie won the Head of Household in a grueling balancing competition; Caleb came close in second. Jeff and Jordan, former Big Brother players, made an appearance on the show and in a surprise turn of events, Jeff proposed to Jordan on live TV.  During the nominations, Frankie decided to nominate Victoria and Cody. Did you watch the last episode? If you missed it we recapped it all, right here for you.

On tonight’s episode house guests go head to head in order to fight for the Power of Veto.  Following the Veto competition the Veto ceremony will be held to see what the winner will do with the PoV.  If you cannot wait till tonight and want to find out what is going to happened we happen to have a nifty spoiler for you ahead of tonight’s show.

After the nomination ceremony, Frankie says Victoria is his real target and says he wants to take the guys to the final four. Derrick also says Cody is more valuable to his game since he can win challenges. It’s time for #BB16. Cody says the nomination makes him feel like the low man on the totem pole. They hug it out in the kitchen and Frankie tells Cody he shouldn’t be worried. He doesn’t want Cody mad at him but says to himself if Victoria wins the POV, he may be going home.

Frankie jokes and says if Victoria makes it to final two he would vote for her. He laughs and says – can you imagine what her speech would be. We see Victoria saying that she’s played an amazing social game and then they show flashbacks to her being an idiot. She also says how she and Derrick have strategized together. We see him telling her to be quiet and pretty and he’ll do the rest and she agrees.

She says he’s the Robin to her Batman and wants to reward him by taking him to the final two. Caleb and Cody talk about loyalty and they discuss what the plan should be after final four. Cody says he knows Caleb would never blindside and neither would Derrick. Caleb says he wouldn’t do that, he would just tell him. Then he starts babbling and says he did think about voting for him.

Cody doesn’t want to hear about it crossing his mind and doesn’t think it should have crossed Caleb’s mind. Later, Derrick and Cody hang and they talk. Derrick says he’s running scenarios and says if he wins the veto and uses it on Cody, he could put Caleb up. He wonders if it’s best to take out Caleb or Frankie if they get the veto. Derrick says it’s a huge decision either way. Derrick says whatever is happening Wednesday could change who’s safe.

The house guests talk about the #BBRewind and wonder if it will be drastic and negative. Cody says the speculation is out of control and says he thinks they will get sprayed with $100 bills. Derrick says he thinks it will help someone and hurt someone else. Cody says they’ll be locked in until they die. He says they may have to eat each other.

Caleb and Cody go into the countdown button room and Caleb says he’s not a fan of this clock. There are four days left. Cody and Caleb trash talk the button. They wonder if they can stop the timer. Cody and Caleb discuss judo chopping it. They engage in some ridiculous antics. Caleb headbutts it. They do roundhouses. They poke it, they slap it. It’s insanely stupid yet funny to watch.

Caleb spots a fly on the button and then he goes all Karate Kid sensei and snatches it. He says he’s a beastmode ninja and feels better now. He messes around some more and slaps himself in the face until Frankie calls for the veto competition and announces everyone will play but they will play one at a time in the backyard. Outside we see a #BBFreakShow set up.

Caleb is out first and says any clowns will freak him out and get a judy chop (yes judy, not judo). He says there are different freakshows. Each freak is made of three faces and they have to figure out which three house guests make up each freak. Caleb starts. The first is a long haired and he picks Christine, Amber and Paola. Next is an old crone. He sees Joey’s smurf hair then also picks Frankie and Christine’s

Next is another horrifying collage that he gets wrong. Cody, Jocasta and Caleb are in that one. Next is Amber, Hayden and Brittany in a scary combination. Devin is done u like a strongman and mixed with Donny and Nicole. The last one is a horse thing that stumps him but he finally gets it right. Frankie is up next and he starts out badly. He can’t figure out who the eyes belong to.

He runs back and forth but is getting crushed. He finally gets it. He rushes through the others and is doing well with a few snags here and there. He easily nails the last one that stumped Caleb. Victoria is up next and is doing well til she hits one that frustrates her. She says she knows features from being a photographer. She rushes through the last ones. Cody is next and laughs at the stuff he recognizes.

He’s struggling but then pulls it together somewhat. It’s hard to tell how they’re performing since they are doing it individually. He struggles with the last one and has to run back and forth a bunch of times before nailing it. Derrick is next. As a cop, it seems like he should know faces. He seems to be doing pretty well then hits a small snag and then another that’s bigger.

It’s time to see the times. Cody did it in 12:14. Caleb completed the challenge in 8:39. Wow. Cody is out. Victoria did it in 17:18. She’s also out. Frankie did it in 5:54. Impressive. Caleb is out. Finally, Derrick’s is revealed. He did it in 6:17. Frankie edged him out and won POV. They all hug it out and Cody worries that he didn’t take a shot at Frankie when he had a chance because Frankie is a beast.

Derrick also says Frankie is a competition beast but painted a huge target on his back. Frankie teases Derrick about being so close. Frankie thinks about leaving it the same and sending Victoria home but he also think about taking an ax to the alliance and sending a big threat home. Derrick and Cody talk in the pantry. Cody says he’s frustrated they didn’t send him home last week.

They bring out food to cover that they were pow-wowing. Victoria and Derrick talk and he tells her he doesn’t know if she’s going home. He has to meet with Frankie first. They’re in the pantry and hug. Derrick agrees that Frankie had to win or else he would have to put either him or Caleb up. Derrick says he’s creating a legend by winning so many challenges.

Derrick tells him if he wins HOH, that Frankie is definitely safe. He thinks it’s going to be a dogfight soon. The guys clean up and talk about how embarrassing it was when Jeff and Jordan came by and said the house was disgusting. Caleb says Jeff told them it smelled so they decided to give the house a scrub down. Cody says he feels like he’s living with animals.

They clean and talk about how revolting it is. They find a ton of hair in the bathroom and complain about girls. Derrick is called to the diary room for a #TeamAmerica challenge. America picked the challenge where they have to convince the others there is a rodent and keep them up all night chasing it. Derrick says they can bring back the exterminators.

Derrick heads to see Frankie upstairs and tells him about the challenge. He says they have to convince them there’s a loose rodent and keep them up all night trying to catch it. They have just two nights to get them to stay up. Derrick says since everyone stays up late anyway, they should fake the rodent sighting at about 1 am.

Cody comes in and they till him. Victoria says the guys are wimps and are acting like girls. Cody is up on a chair – he’s terrified of rats. He says mice and rats terrify him. Cody says he’s too freaked out to sleep tonight. Frankie laughs and says he’s so much more manly than Cody in some ways. They talk about making traps. Caleb says rats are smart.

Derrick says Caleb is a man on a mission. He’s making rat traps and Derrick thinks it’s hilarious. Caleb tells the rat it’s not going to scare his people and take his food. Derrick is pleased and says they just need to keep them up all night. Victoria runs screaming to get Caleb a head lamp. It’s 3:14 am and they are all still up. Victoria says she can’t sleep with the rat loose.

They search the backyard and Frankie keeps squealing to amp things up. Frankie says he’s not going to sleep until they catch or kill it. Victoria tries to go to bed and Derrick begs her to stay up until 6. She agrees. They make it to 6:15 and the mission is accomplished. Frankie counts up and says he has nine competition wins and that makes him the biggest target.

He says he’s a neon, sparkly, glitter target but he’s fierce. He says if they want him out, they have to beat him. He talks to himself and says he won veto, HOH, veto – three in a row. Frankie says all he can do is rely on the fact that he carried the other three guys to this point. He wonders if he should pull down Victoria and put up one of the other guys since they can’t beat him.

Frankie calls everyone for the veto meeting. They come in and he gives Cody and Victoria their say. Cody says he loves the game and wants to come down but also doesn’t want to see Caleb or Derrick in his spot. Victoria says she’s happy to be last girl standing and says she wishes Cody the best of luck. Frankie says he’s wielded a lot of power in this game and never more than this week.

He says he can’t keep everyone he loves and trusts safe and so has decided not to use the power of veto. He puts it in the box and calls the meeting to an end. Cody says he’s still on the block but trusts Derrick and Caleb. Victoria says she has to convince the boys she’s the better one to take to the finals. Derrick says he has to play the game with the button in mind. That’s it!