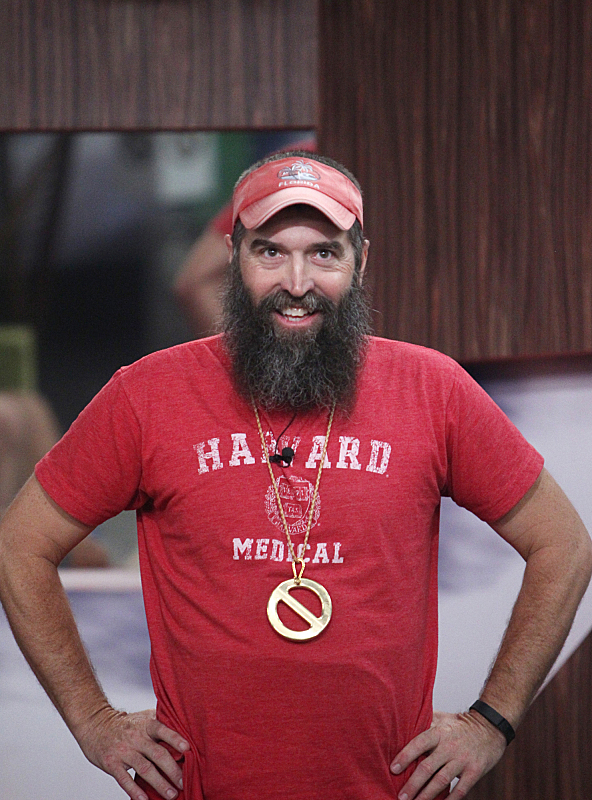 According to Big Brother 16 spoilers, the final Battle of the Block competition has been held in the Big Brother house tonight. Julie Chen recently revealed that week 8 would be the last week that Big Brother’s players will have to play with the new twist, and going in to week 9 there will be only one Head of Household every week. According to BB16 spoilers from the live feeds, the final Battle of the Block winners for Big Brother 16 are Donny and Christine. We have no idea what the players did during this BOTB, but it must have been exciting to watch seeing as how Donny and Christine managed to beat Cody and Caleb.

Now that Christine and Donny have won the Battle of the Block, they are no longer up for eviction and Derrick has been dethroned. So, going in to the Week 8 Power of Veto competition, Frankie is the Head of Household and Cody and Caleb will be fighting for the POV. Of course, random houseguests will be chosen to compete as well. According to the Big Brother 16 spoilers from the live feeds, Frankie is already scheming to win the POV himself and back-door Victoria.

So, right now it’s not looking good for Caleb or Cody. But, on the bright side if one of them are evicted this week, they will have a chance to get back in to the BB16 house. Julie Chen released a slew of Big Brother spoilers after Nicole’s eviction, and one of those spoilers was that there will be a jury contest to give one of the lucky four members of the jury a chance to come back in to the house and win this season. Right now Hayden, Nicole, and Jocasta will be competing in the jury contest, with whoever is evicted during Week 8.

So Big Brother fans, are you as shocked as we were that Christine and Donny won the Battle of the Block competition (especially after Christine said she was going to throw it)? Who do you want to see win the Power of Veto? And, which evicted houseguest do you want to see return to Big Brother 16? Let us know what you think in the comments below and don’t forget to check CDL tomorrow for more Big Brother spoilers.

Update: Frankie won POV – so that gives him all the power in the house! To read a detailed spoiler of what went down at the Power of Veto Competition and who Frankie is planning to backdoor check out our detailed report here!