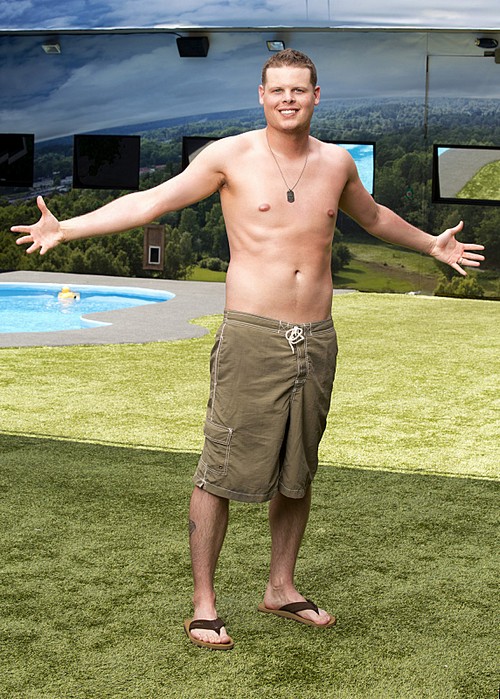 People do realize that winning Big Brother 16 requires some deception, right? In Big Brother 16 spoilers Derrick Levasseur is consistently mentioned as someone that nobody wants to win and I simply don’t get it. He has played a masterful game throughout and has positioned himself to be in a great place to win. Although he has not been particularly honest, that is not something that should be held against him. Derrick knew what was needed going in and has done exactly that.

America at least started out liking Derrick because he was voted into America’s Team. This group consisted of Derrick, Frankie and Donny. Now, the beloved Donny is about to go home and Derrick is the puppet master behind it. In fact, one could argue that Derrick has engineered nearly everything that has happened in the Big Brother house this season. Some years you are a bit unsure of who is the head honcho.

Derrick is clearly that person during Big Brother 16.

The most amazing thing about Derrick is how he has managed to let others feel as though they are the ones making decisions. He is masterful at planting a seed of what he wants and then watching it come to life via someone else’s hands. He mentions it so deftly and calmly….the other person rarely even realizes that it was a suggestion. Next thing you know, that same houseguest will be offering up whatever it was Derrick wanted.

Caleb has been a loose cannon throughout the season and Derrick has managed him through Frankie. Frankie seems to have a good relationship with Caleb and he certainly has played a fairly good game too. Derrick, however, controls Frankie. When he wants or needs something from Caleb, he only needs to plant the seed with Frankie. Before long, Caleb will be on board as well.

This third party way of playing the house has gotten Derrick quite far with no obvious blood on his hands. To think he has gone all this long without everyone putting it all together is amazing. Nobody seems to realize that Derrick is running things until they are walking out the door, or it is too late to do anything about it.

When the end of the game comes, Derrick is the clear vote in my book unless something drastically changes or he is voted out. Nobody else in the house has been nearly as sneaky, manipulative and controlling. He has managed to control the game and stay safe from day one. That is what Big Brother is supposed to be all about.

Any other choice would be a shame at this point.