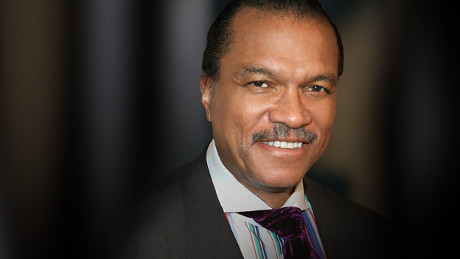 Before the new season of Dancing with the Stars premieres, we wanted to take a moment to introduce you to Billy Dee Williams, who’ll be partnering up with Emma Slater. DWTS is gearing up for another season of hot ballroom dancing and super-sizzle-sexy flare and will feature some great celebrity dancers. If you missed the announcement, please click here for the full roster of DWTS season 18 cast members. Continue reading for a bit more information on Billy!

“Legendary leading man, Billy Dee Williams, was often touted as the ‘black Clark Gable,’ especially after his co-starring role in “Lady Sings the Blues,” opposite Diana Ross. George Lucas tapped him to play the scoundrel Lando Calrissian in “The Empire Strikes Back,” and “The Return of the Jedi.” He also played the district attorney Harvey Dent in 1989’s “Batman.”

“Williams many films include “The Ladies Man,” “Undercover Brother,” “The Visit,” “Fanboys,” “Barry Munday” and “Constellation” opposite Gabrielle Union. Most recently, the iconic Williams appeared in the blockbuster film “The Lego Movie.” In 2006, the NAACP recognized Williams for his immense contribution to the arts by awarding him the Lifetime Achievement Award.”