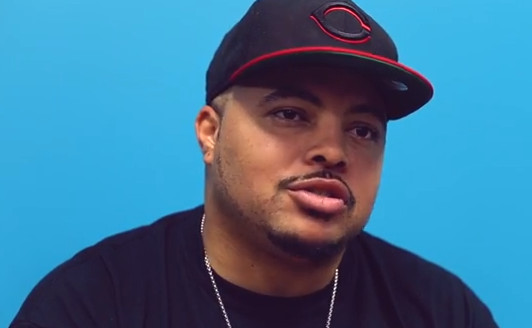 Apparently not everyone enjoyed Macklemore & Ryan Lewis’s performance at the 2014 Grammy Awards. There have been many individuals who’ve lashed out against the performance, which featured the marriages of many couples, including gay couples, and now those individuals are taking measures to create their own performances — these ones with a very different message. Christian Rapper Bizzle (don’t worry I haven’t heard of him either) created his newly released lyrics based off his reactions to Sunday’s performance.

“It’s funny how the media portrays things/They really pushing hard for this gay thing/And it’s so wicked how they manipulate things/Can’t even disagree without them making it a hate thing/I say you wrong, and you holler hate instantly/But you say we the ones who say who don’t tolerate differences/There’s a whole lot of things I can say really/But yo, hypocrisy is something I can paint vividly,” Bizzle raps.

OK, we get it. You don’t believe what the song/performance stood for and you hated the hype surrounding it . . . but aren’t you now simply jumping on the coattails of that hype in an effort to get noticed? Bizzle could have just wrote about what he believed in but, instead, chose to attack one song that just happened to stand out and the cause behind it. He specifically went out of his way to make a song called “Same Love (A Response).” He targets not only the song and its intentions but also everyone who loves the song and its message.

Simply put, Bizzle wrote a hate song. He could’ve disagreed without the finger pointing. I’m not saying he should’ve kept his mouth shut, because everyone deserves a right to speak, but he did more than that. There was no reiteration about returning to Christian values or whatever else he may believe in. If there had been, well, then perhaps it wouldn’t feel (as much) like he’s targeting people (and groups of people) solely for recognition — which seems to be what he’s doing.

Bizzle wants to sell his music and, quite frankly, crowds probably weren’t lining up to buy his music. Christian Rap isn’t really a thing yet, soo he piggybacked off of another song to get noticed. Don’t believe me? Type “Same Love” in any search engine. You’ll get the real thing . . . but there’s bound to be a link to Bizzle’s (conveniently titled) song as well!

Ugh. What do you think about individuals coming out with their hate on Macklemore and the beautiful performance he put on at the Grammys?