Blake Lively Romanticizes The ‘Antebellum Period’ Of American History, Tries To Stop Gawker From Ridiculing Her 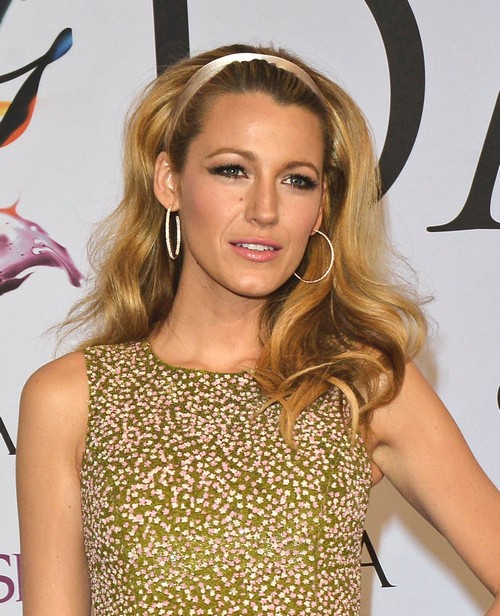 Blake Lively is still shilling her website Preserve pretty hard, but she’s failing quite dramatically. Even though she managed to drive tons of traffic to the website after debuting her baby bump on there, she’s now resorted to romanticizing about the period of American history in which slavery was legal and ‘southern belles’.

Ok, maybe I’m being a bit harsh, so let me back up my statement. Blake Lively uploaded a long post romanticizing the Antebellum period of American History, or in other words, the pre-Civil War era with flowing balls and Southern Belles.

Here’s some of the post: “Georgia peaches, sweet tea, and the enticement of a smooth twang…we all love a bit of southern charm. These regional mainstays, along with an innate sense of social poise, evoke an unparalleled warmth and authenticity in style and tradition. The term “Southern Belle” came to fruition during the Antebellum period (prior to the Civil War), acknowledging women with an inherent social distinction who set the standards for style and appearance. These women epitomized Southern hospitality with a cultivation of beauty and grace, but even more with a captivating and magnetic sensibility.” Bla bla bla, it continues in this vein for some time, even though I’m not really sure what her goal in writing that post was.

Anyway, the whole post is basically showering praise onto a period of American history that most people want to forget. As Celebitchy rightly pointed out, it’s like Blake skipped 12 Years A Slave and went right into Gone With The Wind. The Antebellum era was horrible for women, horrible for people of color, and horrible for anybody who wasn’t a white middle-aged man with lots of money, wealth, and power. Yes, it was still better than a lot of other places in the world, but it’s also a period of time that is often romanticized without the nasty bits coming to the surface. And Blake being Blake, of course she wants to talk about Southern belles, accents, skirts, balls, and ‘charm’, instead of focusing on the social injustice of the time period.

Of course, we weren’t the only ones who thought the post was stupid. Gawker posted a hilarious take-down criticizing Blake’s post, but Blake then fired an injunction via her lawyers to get Gawker to shut down their article. Um, petty much? If Blake Lively cannot take criticism, she shouldn’t be running a website. Don’t you agree?