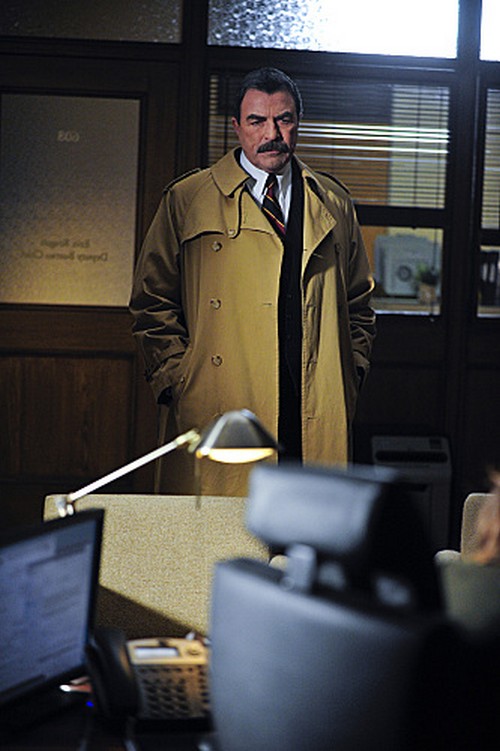 Tonight on CBS Blue Bloods continues with a new episode called, “Custody Battle.”  Erin is assigned to a case and Jamie tries to get Eddie to make up with her father.

On last week’s episode Danny and Baez investigated the murder of a respected college professor who was involved with a questionable scholarship program. Meanwhile, Danny discovered that his father didn’t tell him that the District Attorney was investigating Danny for ethical and procedural violations.  Did you watch last week’s episode?  We did and we recapped it right here for you.

On tonight’s episode when Erin is assigned to investigate a case in which an on-duty police officer is accused of killing a suspect already in custody, Frank urges her to stick to the facts to avoid a publicity scandal for the NYPD. Meanwhile, Jamie urges Eddie to forgive her father for his past mistakes

Blue Bloods “Custody Battle” airs tonight at 10:00 pm ET and we will be live blogging all the details. So don’t forget to come back and refresh your screen often for live updates. While you wait for the show – let us know what you think of the season 4, so far.

One case has become a family affair. It was Jamie and his partner that were first on the scene of a domestic dispute. They saw a man nearly belligerent trying to grab his daughter away from the girl’s mother. And when back up arrived – the same man caused a scene by resisting arrest. So he ended up getting taken into custody.

Later on at the station, there was a second altercation. This same man, Christopher Collins, became unresponsive after going to the bathroom with one of the other officers. And although they tried to get help for him in time; he still died.

So immediately it doesn’t look good for the Commissioner’s office, but seeing as Erin is also attached to this case – everything has to be above board. Because now two of Frank’s children could be put at risk.

As for Christopher’s ex, she’s had problems with the law so as far as she is concerned it’s the police’s fault that Christopher’s dead. And this one woman is making sure the whole city believes her story.

She’s claiming the police should never have arrested Christopher to begin with. Apparently, she and her ex were merely talking when the officers made more out of it than what it was. What really happened was that she wanted to take their daughter to Chicago to live and that was freaking her ex out. He was scared about never seeing his daughter again.

Erin wants to dismiss the woman’s claims. However the Medical Examiner’s report came back to her about the cause of death. It looks like Christopher was choked to death. So, yes, he was murdered after all.

And that’s doesn’t look good for Officer Cutter. He’s been a model cop so far and yet if he choked someone then it’s all over for him. The Police department can’t be seen harboring a murderer. Plus the choke hold is completely against policy.

Frank is trying to protect Erin and the only way to do so is by distancing himself from Erin publicly. He cancelled his dinner with her because he knew they shouldn’t even be seen together right now.

Jamie simply says that’s how his dad is. He knows the older man would do anything to protect his kids and Jenko admits to be a little jealous. Her prisoner of a father has been trying to contact her and she doesn’t want anything to do with him. Her father wasn’t someone she could be proud of.

Well, Erin isn’t particularly proud of the family either. She wasn’t too happy about her father ideas of protection. She wanted to know what happened to Christopher and the cops have put up the “Blue Wall”. Cutter’s partner was sticking to her story that Cutter wasn’t in the wrong even though they both know that’s a lie. And Erin couldn’t understand that nor did care to have the men in her family explain it to her.

As far as Erin was concerned, just because Christopher was out of line doesn’t mean he deserve to die for it.

And it was her heartfelt words that made Frank take a second look into the officer’s background. Yet what he found was a cover-up. Cutter was dismissed from the Long Island Police Department after he fractured an unarmed teenager’s skull, but that part was left out of the report Frank was given. It seems a settlement was made and the entire incident was erased from his record. So with a squeaky clean background – he was able to apply and gain entrance into the NYPD.

Which means Cutter was always a ticking time bomb.

Frank told Cutter’s partner, Walsh, to do what was right as an officer and not just as Cutter’s partner. So she told Erin the truth. Officer Walsh saw Cutter put Christopher into a chokehold and he refused to let go even as she was telling him the perp was turning blue.

Cutter let his anger get the best of him and that led to Christopher’s Collins death. He was mad at the other man for trying to attack him and that’s why he broke protocol. He honestly did not want to let go of his grip on Christopher’s neck.

However the grand jury still refused to file official charges against Cutter despite Walsh’s testimony. But that doesn’t mean Frank wants this guy staying on his force. He fired Cutter because it was the right thing to do.

It’s not going to be the good PR his office needs, but Frank made the right choices and his daughter thanked him for it. He was the one that helped get her the proof and she knows that. So maybe next time she won’t lump the bad cops in with the good.

As for Jenko; she changed her mind about visiting her father in prison. It seems all she needed was Jamie to go with her to make it less scary. And really someone else besides me should take this as a sign already. It’s time these stop playing at footsie and just get on with it!