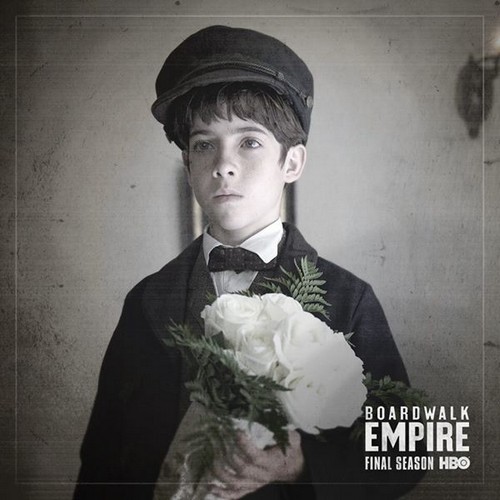 Tonight on HBO Terence Winter’s Boardwalk Empire starring Steve Buscemi returns with an all new Sunday September 28, season 5 episode 4 called, “Cuanto.” On tonight’s show Luciano encounters an old foe in Chicago, while Nucky and Margaret find common ground in Atlantic City when they face the same dilemma. Meanwhile, Sally conducts business in Cuba as rumors swirl of a public uprising; and in 1884, a young Nucky continues to impress the Commodore, and gives Eli a glimpse of what the future may hold.

On last week’s episode, Chalky headed in a new direction after assessing his latest partnership. In New York, Margaret found herself in a quandary as a result of her association with Arnold Rothstein. Nucky hosted a prospective “big fish” partner from Boston. Luciano and Siegel met with Narcisse (Jeffrey Wright) in Harlem, promising business as usual, but encountered resistance. In 1884, young Nucky was privy to the passion of a hotel guest, and flirted with a young girl. Did you watch last week’s episode? Did you watch the last episode? If you missed it, we have a full and detailed recap right here for you. And if you want to read spoilers and see the preview video for Boardwalk Empire episode 5 then Click Here!

On tonight’s episode facing a shared dilemma, Nucky and Margaret find common ground in Atlantic City. Luciano encounters an old adversary while meeting with Capone (Stephen Graham) in Chicago. Sally Wheet (Patricia Arquette) makes a payment in Cuba amidst concerns of a grass-roots uprising. In 1884, young Nucky shows young Eli (Oakes Fegley) how the other half lives, and takes another step up the Commodore’s ladder.

Tonight’s episode is going to be another action packed one, which you won’t want to miss. So be sure to tune in for our live coverage of HBO’s Boardwalk Empire Season 5 episode 4— tonight at 9PM EST! While you wait for the recap, check out a sneak peek of tonight’s episode below!

Young Nucky sweeps the porch. Summer in the city has come to an end. It’s quiet around there, pretty still, and Nucky goes into see his boss. His boss seems to be taking him under his wing, teaching him his philosophies; however, he’s also quite crass. He dismisses him now that summer’s over and says he’s no longer needed here, despite Nucky’s persistence to stay and help out.

Nucky awakes. Margaret is there. She informs him of her current situation and how Ms. Rothstein is threatening to sue them both for all the money that was stolen from her and her husband’s account.

Nucky talks with Sally on the phone. After he finishes up, he goes into his living room where he sees Margaret chatting with Joe, the person with whom Nucky recently lost a business deal too. Joe offers Margaret a ride back to NYC, but she decides to stay because she needs to deal with this legal problem.

Nucky and Eli sit on the beach. Eli gets mad at Nucky when he starts “yelling like pa.”

Sally has a meeting to get an initial investment from their partners.

Nucky grabs a key from behind the counter and opens up a room in his boss’s complex. He shows his younger brother the flushing toilets.

Nucky and Margaret talk over dinner. Nucky basically suggests that they deal with this situation “quietly,” and it seems to be that he’s suggesting they kill Ms. Rothstein to make this mess disappear.

Charlie and Al Capone talk over a meal as well. Charlie tries to get Capone’s alliance.

Nucky and his brother are caught for breaking into the empty hotel.

Margaret and Nucky talk about their failed marriage.

Mueller is brought to Al Capone’s side after being accused of being a rat. Capone lets him say a few words. Mueller eventually convinces him not to believe this out of town guy’s word. Capone lets him off the hook.

Sally calls Nucky’s club to let him know that the “dirty deed” is done, that the money has been exchanged. Sally notices some men carrying out crates of something, and she’s suspicious.

The sheriff takes Nucky and his younger bro back to his residence for dinner. They are warm and friendly to him, even kind. Nucky breaks down, sorry they broke into the place, but Mr. Lindsey says not to worry and that everything is all right.

Margaret and Nucky kiss on the boardwalk. After she kisses him, she walks away and asks him if he’s planning on killing Caroline Rothstein. He says no. Instead, she’s going to take twenty-five cents on the dollar, and that Margaret is going to convince her to do it. Margaret thinks he’s up to something, but Nucky tries to convince her that he’s merely trying to help out his wife.

Sally drives home and is stopped at a checkpoint. She is badgered because she’s out past a supposed curfew. She asks how much to get home but they do not let her through. She walks back to her car after being asked to get out of it, but some men grab her. She takes a gun from one of the men.

One of the men shoots Sally.

Al Capone calls Nucky and tells him that they have a problem, and his name is Charlie.