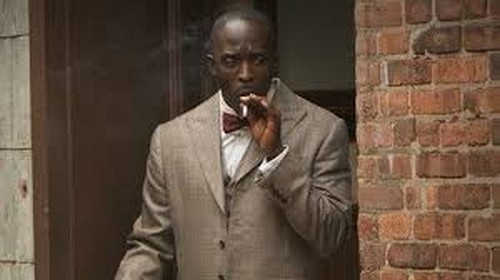 Tonight’s episode of BOARDWALK EMPIRE was another great episode, it was nice seeing Margaret and Nucky together again.  Meanwhile Al Capone continues to be all kinds of crazy.  I cannot wait to see next week’s episode!  To wet your appetite, we have a sneak peek video and some insight for you below on what is going on next week e!pisode called, “King of Norway” below.

On tonight’s show facing a shared dilemma, Nucky and Margaret found common ground in Atlantic City. Luciano encountered an old adversary while meeting with Capone (Stephen Graham) in Chicago, Agent Van Alden. Sally Wheet (Patricia Arquette) made a payment in Cuba amidst concerns of a grass-roots uprising.  Sally came to an unfortunate end.  In 1884, young Nucky showed young Eli (Oakes Fegley) how the other half lives, and took another step up the Commodore’s ladder.  Lots happened on episode 4 and if you want to find out we have a full and detailed recap of tonight’s episode, right here for you!

Spoiler alert: If you’re one of those people who doesn’t like spoilers, stop reading now! We have some juicy spoilers for you about the season 5 episode 5 of HBO’s “Boardwalk Empire”

Official HBO synopsis of next week’s episode: “Chalky returns to Atlantic City on a quest for revenge. Meanwhile, Nucky sets up a meeting with Maranzano in New York when he’s concerned about Luciano’s future plans; and Margaret comes to an agreement with Carolyn Rothstein. In Chicago, Eli and a visiting June attend a dinner party hosted by Nelson and Sigrid. Also: A young Nucky tries to impress Mabel’s father in 1897.”

On next week’s episode one of my favorite characters is back, Chalky.  Chalky goes to see Nucky and he tells Chalky that the only choice he has is to start again.  Nucky isn’t going to be in agreement with Nucky.  From the video it looks like there is going to be a lot of violence going down that week and Nucky is mad at someone.  At the end of the preview he says, “I will not rest until I see you in your gave,” yikes!