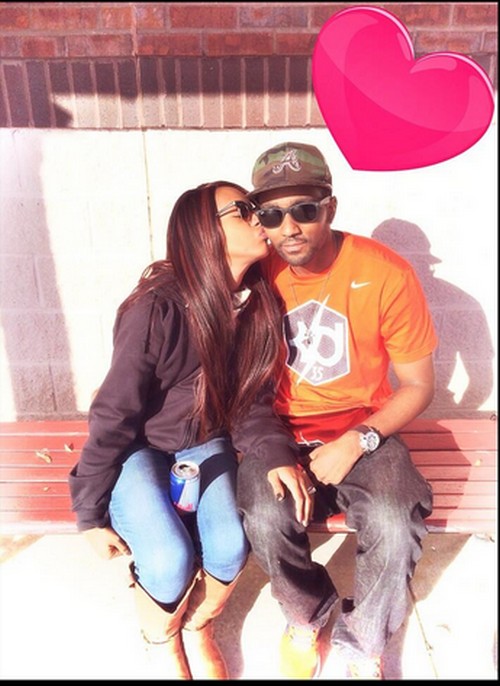 Bobbi Kristina Brown, daughter of the late singing legend Whitney Houston, and Bobby Brown announced on Twitter late last week that she and her fiancé of six months, Nick Gordon, had actually gotten married! Not only did she surprise her fans and followers, apparently her grandmother Cissy Houston was equally shocked and appalled.

While fans may be happy that Bobbi Kris has finally found some peace and consistency in her life, albeit with her adoptive brother (gag!) her grandmother is none too pleased. In fact, despite Bobbi Kristina’s statement that Grandma Houston was very happy for the couple, Houston’s camp denies this and says Cissy was not made aware of the nuptials until after they were announced to the world.

The question here is why would Bobbi Kristina, 20, and Nick pull a secret wedding only six short months after becoming engaged? We know Bobbi Kristina is very insecure about her relationship with Gordon and has major self-esteem issues, understandably so. She has been through the ups and downs of her parents’ drug and alcohol addictions while growing up. Even Bobbi Kris has been known to use drugs and alcohol to deal with the harsh reality that is her life. But was she that concerned with locking Nick in that she couldn’t wait for the big ceremony to marry the brother man of her dreams? She has sparked engagement rumors before to ward off all of Nick’s female fans by sporting what looked like an engagement ring in 2012 that turned out to be her mom’s ring. That could be plausible considering he walked away from their first engagement, leaving Bobbi Kristina devastated and aching to get him back.

Plausible? Maybe. But I have a feeling these two have something up their sleeve, or should I say, “in the oven?” Think back to the Brandy Norwood marriage announcement back in 2002 when she claimed she and Robert Smith had married the year before. On the heels of that announcement was the big pregnancy announcement. How convenient. But once the relationship with Smith had run its course, she was forced to reveal the truth.

In 2008, Brandy revealed to Us Magazine that the wedding was in fact a hoax. Brandy wanted her fans to believe she did what every good celeb role model does and get married first, then become pregnant. Could Bobbi Kristina be following Brandy’s PR path in an effort to keep the family drama at bay, or does she want to avoid a Twitter feud with fans who still doubt Gordon’s intentions? And if she is with child, they will surely agree that the baby is Nick’s money ticket. Whether he stays or strays, he’d always have a baby that is attached to the Houston estate which was left entirely to Houston’s only child. If BK were to reveal she is preggers now, those who doubted Nick’s love for her initially, will gladly Tweet “I told you so” to get under Bobbi Kristina’s skin and further add salt to her already gaping wounds.

Anyone who saw the train wreck show that followed the Houston family after Whitney’s untimely death “On Our Own,” could clearly see the Bobbi Kristina was infatuated with Nick and grasping at any positive feedback from him. Her insecurities were surely highlighted and after a brief split, the two were back together, with Bobbi Kristina even more determined this time to keep her man. A baby would surely seal the deal, no? Whether the marriage is legit or not is still to be determined, as Fox News online reported the family representative confirmed they “did not know where or when the marriage took place,” and as Pinkasthenewblog.com notes, no one has actually dug up a marriage license just yet.

In any case, whether legit or not, it is very strange that they are now telling fans and friends that they are “#HappilyMarried” with a promise of “many great things to come.” Hmm…a baby is a pretty great thing. Gordon recently told reporters “What we can tell you is that next year the ceremony will be beautiful.” Why next year, Nick? The couple has been off and on for years, have been engaged twice, and have weathered just about every storm two young people can weather. So why not wait another six months and give your lady love the wedding she deserves? Keep your eyes on that belly, CDLr’s, because I have a feeling we’ll soon see something growing besides their noses.