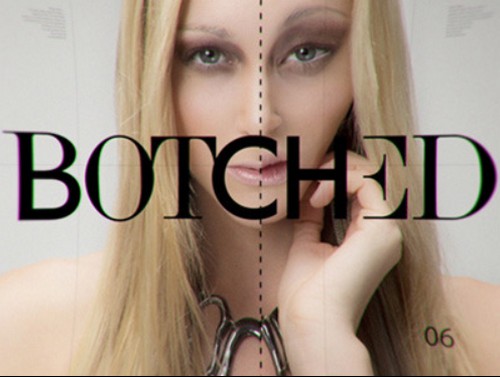 Botched continues tonight with a new episode called, “Making of a Belieber.” On tonight’s episode, the doctors help a woman overcome a horrifying surgical experience in Tijuana, Mexico.

On the last episode Kimber James, a transgender adult film star, asked the doctors to fix her botched breasts, nose and vagina. Also: An Internet celebrity with bad butt implants sought help; and Paul took on a severe case of a deviated septum. Did you watch the episode? We recapped it all right here for you.

On tonight’s episode the doctors help a woman overcome a horrifying surgical experience in Tijuana, Mexico. They also see a patient who wants her breasts fixed in time for her sister-in-law’s wedding; and a man continues his quest to look exactly like Justin Bieber.

Tonight’s episode of Botched follows four patients who had had seriously botched plastic surgery. The first patient, Toby, spent over a hundred thousand dollars on plastic surgery to look like Justin Bieber, and he looks nothing like Justin Bieber. He likes Justin’s look from two years ago, when he was around 18. He stills thinks he need to have his forehead slimmed and his jam slimmed to complete his Bieber look.

The next patient is Charlotte, a 29 year old wife and mother, and she feels like she has “grandma boobs.” She got a boob job when she was 17 and after she had two children she thought that she needed to get them fixed. She never told the surgeon what size she wanted, so he put in DD cups and now it looks like she has cow utters.

Charlotte heads in for her consultation, hoping that the doctor can fix them before her sister’s wedding. After an examination they realize that one of her implants were put in upside down. They warn her that she will have a lot of scarring across her breasts and could even lose a nipple when they are reducing her breasts because of the huge size implants that were put in. She is willing to take that chance though.

Desiree heads in to her consultation and fills the doctor in on her gruesome Tijuana surgery. The doctors do a physical examination and they are concerned about how dead all of the tissue is in Desiree’s stomach. They decide to take some fat from her back and use it to reconstruct her stomach, but warn her that it is risky.

It’s time for Charlotte’s surgery, and she heads in to Dr. Dubrow’s office where he will be removing her implants and putting in much smaller ones and giving them a lift. Once he gets the smaller implants in, he makes an executive decision and opted to not give her a lift. He thinks that with smaller implants the lift isn’t necessary.

Desiree heads in to surgery, and this time she actually is put to sleep. First Dr. Terry does some love handle liposuction. Next they cut her stomach, and release her pubic skin down to below her bikini line. Then he pulls her stomach skin back down and sews it down where it is supposed to be.

Toby heads in for his consultation, he confesses he had hair transplants, botox, lip lifts, liposuction, eyebrow lifts, and chin shaving, and has spent over a hundred grand. He wants Dr. Terry to do a jaw reduction and make his forehead similar. Terry convinces Toby that the two surgeries aren’t worth the risks just to look like Bieber, he could lose loss of his lips and his hair. Toby is a little disappointed that the doctors won’t work on him, but he knows he can find another plastic surgeon who will do the work.

Charlotte heads back to Dr. Terry’s a few days after her surgery to make sure that her nipples aren’t dead and falling off. After a check up it is revealed that everything is healing fine, and she will be able to wear a strapless dress in her sister’s wedding.

Desiree heads in for check up and is thrilled that her “koochie has returned to its rightful spot.” Six weeks later Desiree puts on a crop top to go surprise her mom with her stomach. She can’t wait to go swimsuit shopping and show off her new stomach. She and her mom have a drink and toast to “good health.”