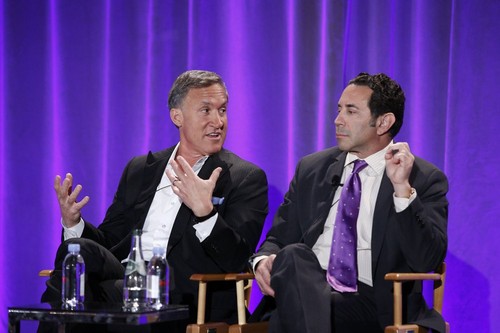 Botched continues tonight with a new episode called, “Like a Surgeon.” On tonight’s episode, a reality star seeks help for a botched boob job and stomach after her plastic surgeon is allegedly killed by an unhappy patient.

On the last episode the doctors helped a woman overcome a horrifying surgical experience in Tijuana, Mexico. They also saw a patient who wanted her breasts fixed in time for her sister-in-law’s wedding; and a man continued his quest to look exactly like Justin Bieber. Did you watch the episode? We recapped it all right here for you.

On tonight’s episode a reality star seeks help for a botched boob job and stomach after her plastic surgeon is allegedly killed by an unhappy patient. Also: Paul fixes a piggish nose; and Terry consults with a Madonna impersonator.

Tonight’s episode of Botched kicks off with Saaphyri, a reality star and “I Love Money” alum. Once she was in the public eye, she decided to lose weight. Afterward she thought she looked too “saggy” and she got liposuction and a breast job. However, there are strange lines permanently left in her stomach and her breasts are huge and even more saggy than before. Saaphyri heads in to her consultation and reveals to the doctors that she woke up during her boob job and her surgeon told her to shut up, and botched her boobs. The doctors take her in to the exam room and look at her breasts and her stomach, they are going to reduce her breasts, lift them, and give her a tummy tuck.

Up next is Adam, a drag queen and Madonna impersonator. He has had seven surgeries to make him look like Madonna, but he still wants his nose done, and wants his nostrils to flare out more. He is moving to NYC where he will star in a Madonna show and sing four nights a week.

The next patient, Diana was born with an obstructed airway. When she was a teen she went to the doctor and got her first nose job. When she took the cast off, her nose was turned up like Miss Piggy and she still couldn’t breathe. To top it off, you can see the scar in her nostrils on one side of her nose. Diana heads in to her consultation with Dr. Dubrow and explains her nose problems. They check out her nose and agree to fix the tip of her nose and try to cover up her nostril scar.

Adam, the Madonna impersonator comes in for his consultation, and Dr. Dubrow and Dr. Nassif take him in to the exam room. Adam wants them to basically botch his nose so that it will look like Madonna’s botched nose. They take a photo of Adam’s face with his nose pressed down and show him what he would look like with Madonna’s nose. After some reconsideration Adam decides that he will not have plastic surgery and keep his own nose.

Now, it’s time for Diana’s nose job. Dr. Nassif scrubs in and gets to work. Once he has her nose half repaired, he realizes that her nostrils are going to be extremely wide. Diana is still under the knife, so Dr. Nassif heads out to the waiting room and gets permission from Diana’s sister to make a second incision and reduce her nostril sizes.

Diana heads back to see Dr. Nassif for her check-up, she is sporting two black eyes, but she tells Dr. Nassif that her bruises are nothing compared to her last nose job. He offers to do an intense laser job, which will eat up the excess blood under her skin. Diana agrees to the quick laser procedure, and heads home.

A few weeks later her cast is removed, and Diana has friends and family over to her house so that she can show off her new nose. Diana’s sisters think she looks “great and natural” and Diana thinks that her nose is perfect now and she has no problems breathing. Her sisters gush that she has the “best nose of the family.”

Saaphyri is done healing form her breast lift and tummy tuck and she decides to surprise her friends with her new body. She arrives in a limo and pops out of the sky roof in a halter top. Her friends climb in to the limo and she shows them her stomach and her breasts. Not only is Saaphyri happy with how “cute” her areolas are, her life is so much easier because she doesn’t have to worry about her back or shoulders aching from carrying around her breasts all day.