Brad Pitt And Angelina Jolie Have Fallen Out Of Love – Report 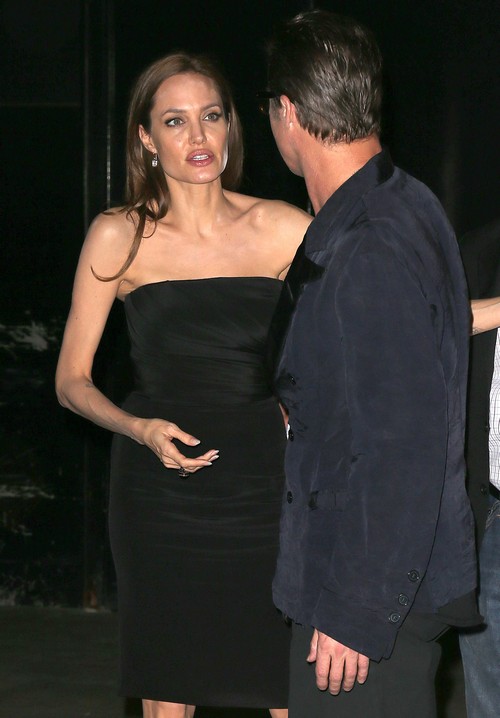 Angelina Jolie and Brad Pitt still command as much attention as ever, but has their romance sizzled out? After ten years, several tabloid-breaking headlines, and six children, you’d think that their future was cemented in the eyes of the media, no? But as long as there are still people willing to believe that Brangelina will break up, we’ll continue getting reports on the death of their relationship.

So I guess just because they wanted to fly under the radar and not draw attention to themselves, they’re no longer in love? Have these people ever even seen Angelina and Brad pose together on red carpets, even as recently as Maleficent? They were all over each other at the London screening for Angelina’s latest film, and that took place AFTER the concert in Los Angeles.

Needless to say, this story is probably way off-base. But just in case you’re not convinced one way or another, ‘sources’ tell Life & Style Magazine, “Brad and Angelina have lost the spark in their love life… They’re so busy, they constantly pass each other like two ships in the night.”

While I have no doubt that spending so much time apart is probably putting a strain on them, considering they have a family to raise and all, I doubt that they’ve lose their ‘spark’. In fact, both of them have admitted that no matter what, they always make time for each other – and considering that Brad has been present by Angelina’s side throughout much of Maleficent’s promotion already, I don’t think they’re passing each other like ‘two ships in the night’.