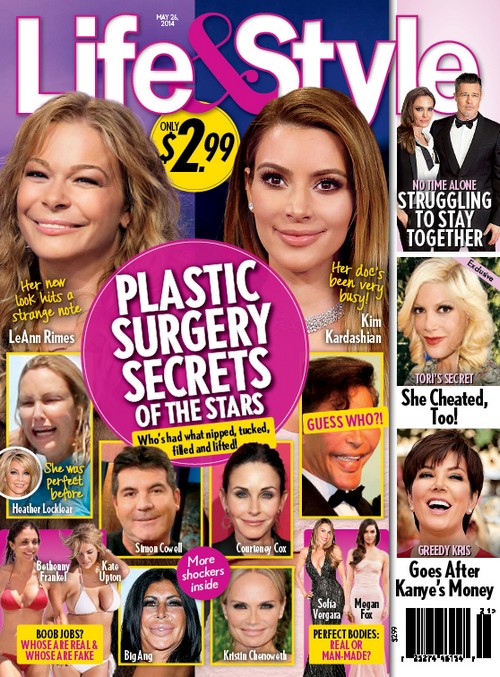 It’s really pretty amazing that Brad Pitt and Angelina Jolie have managed to stay together for 9 years, don’t you think? Hollywood couples don’t usually last for very long and these two have been under a lot more scrutiny than most, then when you add in the six kids, well it’s tricky. According to the May 26th print edition of Life & Style Magazine Brad and Angie are really teetering on the edge of a split. Aside from the paparazzi that aim to document every moment of their lives the duo has some serious issues that divide them.

Fidelity has been a biggie. Angie has never been known to be the most loyal partner and there have also been rumors of Brad hooking up with other women while on the road. They also strongly disagree on everything from parenting style to where to live. Brad thinks that their kids should be grounded and rooted in one place while Angie wants them to make the entire world their home. Mix these things all together and you have a couple with some serious issues to work out. Unfortunately they are rarely together long enough to do any real work on their relationship. And where is that wedding already?

Did Tori Spelling cheat on Dean McDermott? For weeks now their train wreck of a reality show, True Tori has been airing their marital dirty laundry but according to Life & Style there is one thing we haven’t heard about yet, Tori’s affair! Is Kris Jenner gunning for Kanye’s money? It’s true that her own empire has really crumbled in recent months but do you think she is angling to profit off of Kim Kardashian’s baby daddy? Tell us your thoughts in the comments below!