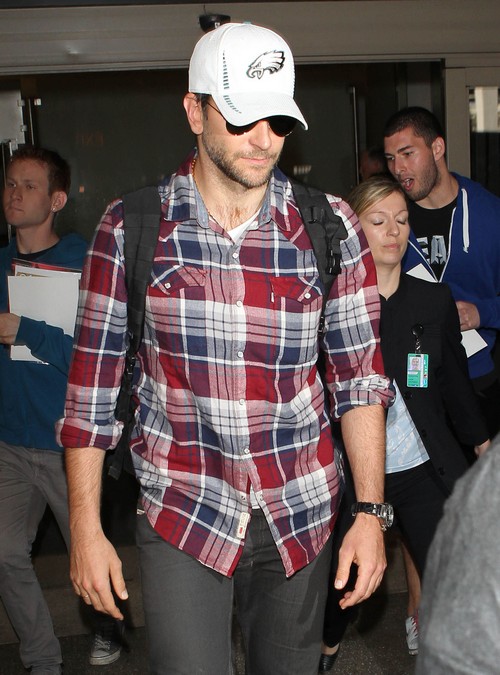 Is Bradley Cooper getting ready to tie the knot with Suki Waterhouse and announce their engagement? According to several reports, the couple is getting pretty serious, which means all those rumors about them breaking up were just that – rumors. They’ve already spent both their birthdays together recently, and were both spotted hanging out at a gathering in the Pacific Palisades this weekend.

There are also rumors that Bradley’s planning on taking their relationship public, likely at the Vanity Fair post-Oscars party, the number one shindig for celebrities after the Academy Awards every year. If Bradley makes his first public appearance with Suki at the Vanity Fair party, you know it’s serious. That party will contain every important person in Hollywood, and he would definitely be making a statement if he turned up with Suki.

A source added, “Despite their age difference and the long-distance relationship, Bradley and Suki are getting serious. She has won his mum over, too. Bradley thought them all going to the party would be a nice way to mark their first year together.” They’re reportedly getting so serious that Bradley’s even thinking of popping the question. He’s been open about his desire to get married in the past, using his parents as an example and adding that he would love to share his life with someone. Could that someone be Suki? Sure, she’s half his age, but that hasn’t seemed to stop him from dating her, has it?

What do you guys think? Will Bradley propose to Suki? Or will they just date for a few more years and then break up? Let us know what you think is going to happen in the comments below.