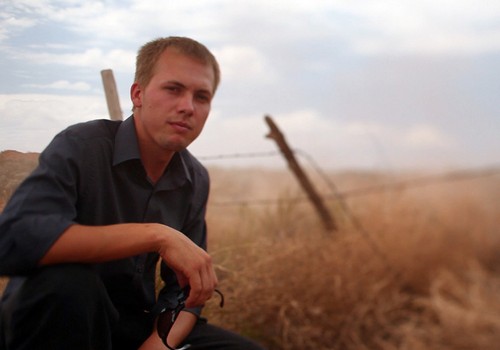 Tonight on TLC their newest docuseries, BREAKING THE FAITH, airs with a whole new episode and the season 1 finale called, “Breaking Away.”  On tonight’s show Zack’s meeting with a private investigator gives him a lead on his mother’s whereabouts.  Did you watch last week’s episode?  We did and we recapped it right here for you.

On last week’s episode everyone in the house was looking to branch out from all of the drama. Connie and Cody’s relationship grew stronger and Connie was poised to make a big transition. Angie met a new friend Ariah who is going to change her life.

On tonight’s show and the season one finale Matt’s first day of bootcamp is a life changing experience and Angie finally sheds her skin with the help of her new friend Ariah. Meanwhile, Zack’s meeting with the private investigator provides a lead on the whereabouts of his mother.

The Breaking Faith finale kicks off tonight with Matt meeting with his potential drill sergeant, since he is enlisting in the army. They meet out in the mountains to do some endurance tests, and give Matt a sneak peak of what boot camp is all about. They run through some drills together, and the sergeant pushes him to the brink of vomiting. The sergeant is impressed with Matt, and when they are done he reveals he is proud of Matt, and Matt agrees to move forward with his military career.

Angie finally heads to the salon to get her hair and make-up done. She is the last of girls from The Crick to transform into “Gentile” hair. She thinks she is finally ready to make the jump.

Val and her boyfriend Amir head out to lunch, they have been living together since she got in a fight with Ben and left the safe-house. Amir came from a pretty rough background as well, he is a Muslim refugee from Iraq. Although they come from extremely different religious backgrounds, they have a lot in common. Val isn’t in any hurry to make up with her roommates.

Angie and her friends leave the salon and head to a clothing store. Angie tries on some outfits, and her friends are shocked to see she has a figure, they think “the boys are going to be chasing her.” Angie confesses that she will “never wear an FLDS dress again.” Angie is nervous to head back to the safe-house, she is scared of what her roommates will say about her new clothes. Angie’s roommates actually love her new clothes, and Matt thinks that if he met her walking down the street he would ask her out on a date.

At the safe-house Angie, Connie, Ben, Matt and Zak are getting ready for their party. Martha arrives at the house with a group of her LDS friends. The guys are happy to see her, but Angie and Connie don’t make any attempts to speak to her. Martha is not pleased to see Connie and Angie out of their FLDS dresses. They were bullying her for wanting to wear “Gentile” clothes, and as soon as she left, they did the exact same thing.

Connie and Angie take Martha aside and try to make amends. Angie confesses that she was jealous of Martha that she was moving faster than her in the “Gentile” world. Connie apologizes for the things she said to Martha about wearing Gentile clothes. After the girls put their differences aside they have a great time at the party, and even start a food fight.

With everyone getting along, Ben begins to feel guilty about Val not being there with them. He knows he has to find her and make it up to her.

After the party Matt and the girl he has been dating Molly, head over to Molly’s house so that Matt can meet her Dad. Matt reveals to Molly’s Dad that he came from FLDS, and he has no contact with his family, he even confesses that his father is Lyle Jeffs. Molly’s Dad is not a fan of the FLDS, and he is happy for Matt that he left The Crick. Matt is a little freaked out about meeting Molly’s Dad, he has never taken a relationship this seriously before.

Zak is headed back to The Crick to meet up with the private investigator, Dan, he hired, he has a lead on where his Mom is. The God Squad is following Dan and Zak through The Crick, but Dan has hired a security team to accompany him. Dan’s source explains to Zak that his Mom has been moved to his Dad’s compound and she is being reeducated, which means she is basically in FLDS prison and being retaught all of Warren Jeffs’ religion. Zak can’t go to the compound to see his mother, because if he visits her he will be putting her in danger.

Angie and Connie are preparing for a double date, Connie has set her up with Cody’s brother Mitch. Angie is freaking out, because she has never been on a date before. She is excited that she is wearing “Gentile” clothes though, because she doesn’t have to worry about people staring at her FLDS dress at the skating rink. Angie’s date is less than romantic, she feels really awkward and her date is “trying too hard.”

Since everyone is going their own separate ways, Ben wants to throw one last get together with all of the roommates together, including Val.

Zak arrives home from The Crick and fills his roommates in on his Mom’s reeducation, and that she has been moved to his Dad’s compound.

Ben heads to the diner where Val works, to try to make amends with her. She is less than thrilled to see him. Ben confesses that he feels bad about how he treated her, and how controlling he was. He invites Val to the party he is throwing with his roommates.

The next day the FLDS runaways all head out to Antelope Island to have a little cookout together. Val doesn’t really want to be around people form The Crick because it reminds her of FLDS, but she swallows her pride and shows up for the cook-out, she brings her boyfriend Amir with her. Her ex-roommates are actually excited to see her, and they all shake hands with Amir. Val is relieved that she doesn’t have to hide her relationship with Amir anymore. The FLDS all put their differences together and have one last group activity together before they all go their separate ways in the Gentile World.