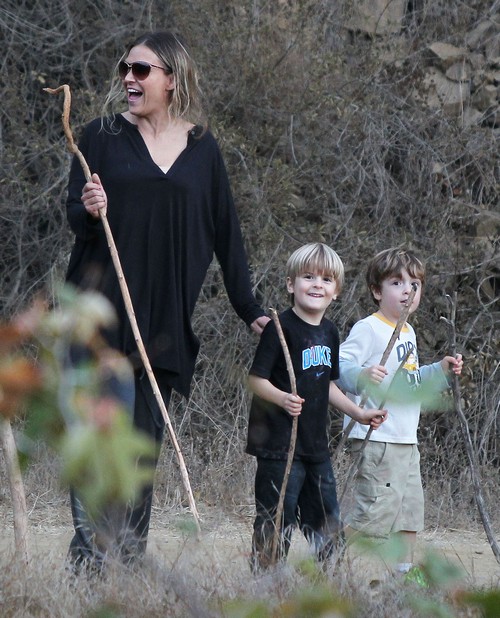 Charlie Sheen and Brooke Mueller may be battling out the future of their sons in court, but the Los Angeles Department of Children & Family Services [also known as DCFS] has officially backed down from requesting Brooke to test her twin boys, Bob and Max, for fetal alcohol syndrome.

They released a statement saying, “DCFS is now backing down.” Charlie reportedly still wants his sons to get tested for the syndrome, although Brooke’s done her very best to block the request so far. She initially agreed to had the tests done [per the report from TMZ], but later backed down and filed a legal injunction to block the test. Brooke’s reasoning was that her kids were just fine, and as their mother, shouldn’t she know that better than anyone? Charlie, on the other hand, refuses to believe her and wants to get the tests done to make sure that they get the kids some treatment for their unruly behavior stat.

Charlie and Brooke will be taking this issue to court, despite the DCFS official decision – although that decision is bound to help Brooke.

You know, I can’t blame Charlie for wanting those tests, and it’s not hard to see why Brooke is trying so desperately to block the tests. The woman’s been in and out of rehab almost twenty times, so the likelihood of the revelation that she drank while pregnant is very high. But honestly, it’s more important that those kids get proper treatment if there’s something wrong than protecting whatever tatters of reputation that Brooke has left.

Plus, the longer those kids stay with Brooke, the longer they’ll continue to be put in harm’s way – especially when she’s rumored to still be drinking and doing drugs on a regular basis.