Brooks Wheelan Fired From SNL After Horrible Drop In Ratings – Is This Show On Its Way Out? 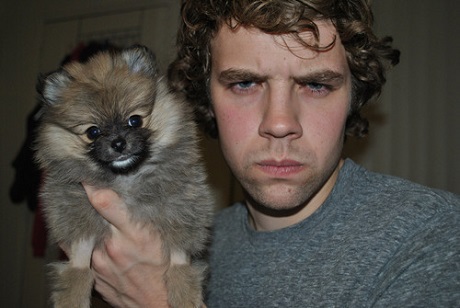 SNL makes you famous. Sometimes. 27-year-old Brooks Wheelan – already a writer for SNL – was one of six actors cast at the beginning of the 39th season, but unfortunately Wheelan was wheelin’ (ohmygawd) himself down the NBC bye-bye-ramps yesterday.

SNL’s 39th season was one of the least watched in the show’s history. The departure of Fred Armisen, Bill Hader, Andy Samberg, and Jason Sudeikis, plus the advent of a rookie cast, had a massive impact on viewership ratings.

According to executive producer Lorne Michaels, “[SNL] is still in the middle of rebuilding. So there will be changes this year. We lost four leading men at the end of last season, Fred and Bill and Andy and Jason, all of whom were very seasoned, very strong cast. We lost Kristin the year before. All have been here a long time, and you get used to how good people are.”

“Losing the fifth leading man in Seth (in early February) was a hard thing, in the middle of a season, because there’s only one other time in the 39 years that we ever changed Update in the middle of a season, and that was Norm Macdonald to Colin Quinn. And that was more because a whole other set of reasons, but I think that that made it a much harder thing, in addition to having to focus on launching Jimmy and launching Seth. But SNL, we put a lot of pressure, a lot of new people. It was a hard season.”

At least Wheelan has a sense of humour. After being fired, the one-hit-SNL-wonder tweeted, “Had a blast and loved every second of it. I’m totally honored to be able to make this next joke… FIRED FROM NEW YORK IT’S SATURDAY NIGHT!”
What do you think about the new SNL cast? Are you a fan of the show? Will SNL survive the changes? Let us know your thoughts in the comments below.