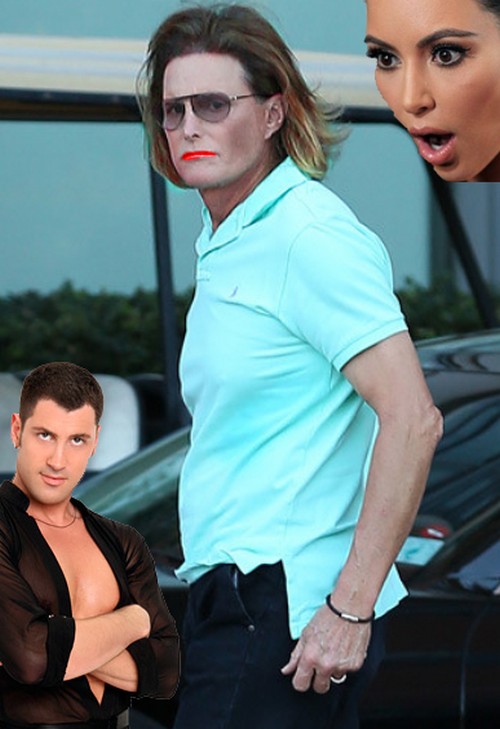 ABC would consider it a huge coup if they managed to land Bruce Jenner for Dancing with the Stars, for reasons I can’t fully comprehend. Well, actually I can. It’s because the Kardashian name still holds a large fascination with the public, especially in the case of Bruce. The man divorced Kris Jenner, moved out of the house, Keeping Up With the Kardashians, and is now going through what seems to be a drastic sex change. He’s definitely keeping the public on their toes, I’ll give him that.

Anyway, sources tell us that DWTS would love to have Bruce on the show, especially since their ratings have been lagging recently. And Bruce is a purported fan of the show, and I don’t think he would be against appearing on the show. However, a major roadblock to seeing Bruce as a member of the dancing squad might be the show’s demands. Apparently, executives don’t want Bruscilla coming to the show, they want Bruce Jenner, the recognizable face and man from the Kardashian family. If Bruce completes his sex change by then, then not only will they lose their audience recognition, but they’ll be weathering a storm of controversy from the show’s more conservative viewers.

What do you guys think? Will Bruce end up going through with his sex change, especially if he’s asked to appear on the show? Will he tone down the plastic surgery? Or will he just refuse to do the show at all, preferring to go about his own business in private? Let us know your thoughts in the comments.