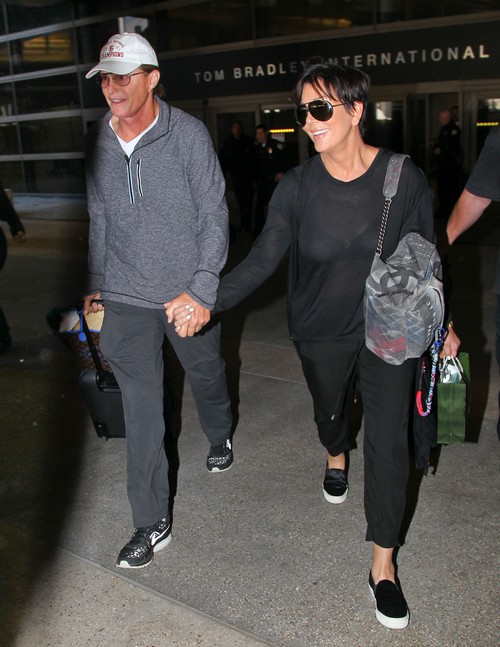 Appearances are everything to the Kardashian family. The family was vacationing in Thailand to shoot footage for their reality series Keeping Up With The Kardashians, and there is no doubt Kris Jenner is hoping a lavish vacation to a foreign country will bring in the ratings that they are currently lacking. Rumors have been swirling that the reality series is facing the axe for months, literally every time an episode airs the ratings drop a little more.

There are tons of factors to take into consideration when trying to determine what is causing the franchise’s demise. America used to eat up the Kardashian’s loud, raunchy, reality show showcasing their lavish lifestyles. Now, the ratings are taking. The main reason is most likely over-exposure. America is simply sick of the Kardashians. They have been taking over our televisions and tabloids for nearly ten years, enough is enough. A lot of critics seem to think the second major reason the ratings are tanking is Bruce Jenner’s alleged sex-change. After his Adam’s Apple surgery, it became apparent that Bruce was really going through with gender reassignment, and it just isn’t settling well with viewers.

This week Kris Jenner and her ex-husband Bruce Jenner were photographed holding hands at LAX airport, and rumors began swirling that the bizarre couple is back on. What is Kris Jenner’s motive though? Bruce Jenner is halfway through gender reassignment, why would she be interested in getting back together with him now? And, then it all began to make sense. Bruce’s sex change is seriously hurting the family’s reality TV show. What’s the best way to combat the bad ratings? Kris is obviously trying to convince America that she and Bruce are a happy, normal couple, and he is not in the process of becoming a woman.