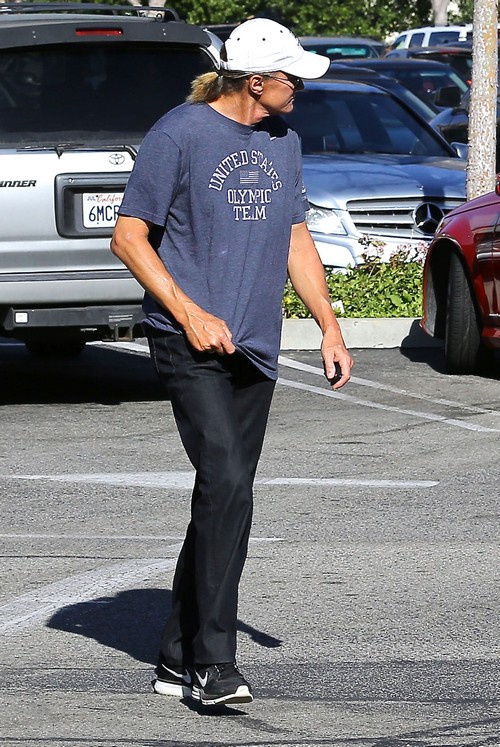 Bruce Jenner seems to have really found himself after walking away from that joke of a marriage to Kris Jenner. Not only is his life completely different but he has kind of morphed into a totally different person too. Compare photos of him now to those from last year and there is no denying the fact that Bruce is making purposeful changes. He may be an Olympic champion but he has always been a rather feminine one so it isn’t all that shocking to hear rumblings about him prepping for full gender reassignment surgery.

According to the March 31st print edition of National Enquirer Bruce is aiming to be more attractive than his ex, Kris Jenner. It’s pretty ironic that Bruce has never had to say a negative word about Kris to make her cower, all he has had to do is be true to himself. The minute it became apparent that Bruce was serious and started shaving his Adam’s apple, growing his hair and sporting french manicures Kris went pretty deep into hiding. She is totally embarrassed by his behavior and certainly doesn’t want to answer any questions regarding it.

Plus after decades of living with the glamour obsessed Kardashian crew Bruce has learned and awful lot about beauty and he is intending to use that knowledge to help transform himself into an amazing looking woman. One that is far more appealing than Kris will ever be. In his mind it would truly be beating Kris at her own game because stopping the clock and looking young are what truly matters most to her. Do you think Bruce can emerge more appealing than Kris? Tell us your thoughts in the comments below!