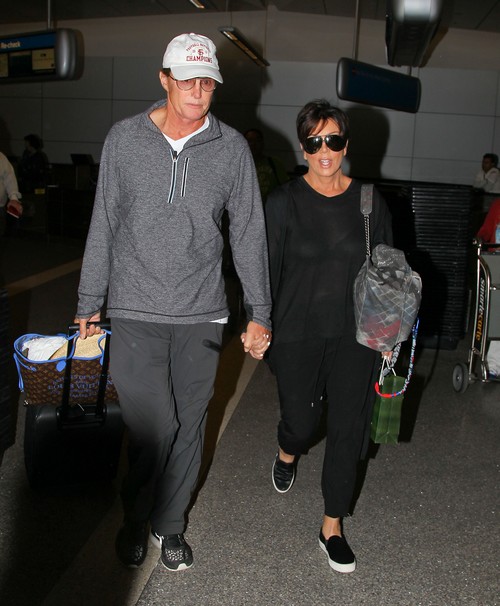 Another day, another instance where we all get to realize just how fake and forced Keeping Up With the Kardashians really is. Remember two summers ago when Todd Waterman popped up on the show and it appeared to be a total surprise? Waterman was the man who had a hot, torrid affair with Kris Jenner, one that ultimately busted up her marriage to Robert Kardashian. Ironically, Kris dished all of the details of her affair with him in her recent bio but according to Radar Online Waterman was slapped with paperwork that prevented him from ever discussing their 2-year fling publicly.

Anyway, according to Waterman’s mother, Kris and her camera crew showed up for the “chance” meeting and then even after that she wanted to do more scenes with the athlete. According to Kris’ planned and plotted reality a confrontation between her then husband Bruce Jenner and waterman would have been fabulous. Thankfully, Bruce had the scruples to say no and refused to look like any more of a fool on camera then he already had to. Waterman was actually grateful that Bruce refused because he also wanted no part of an on camera blowout. His mother, Lia Waterman claims that Todd has never wanted his celeb dirty laundry aired and that was one of the reasons why agreeing not to speak to the press was originally pretty easy.

It’s just another example of how Kris attempts to control the actions of everyone around her while trying to ensure that her own skewed version of reality is handed to the few fans that still are paying attention. Are you guys surprised that Bruce absolutely refused to be a part of Kris’ game?