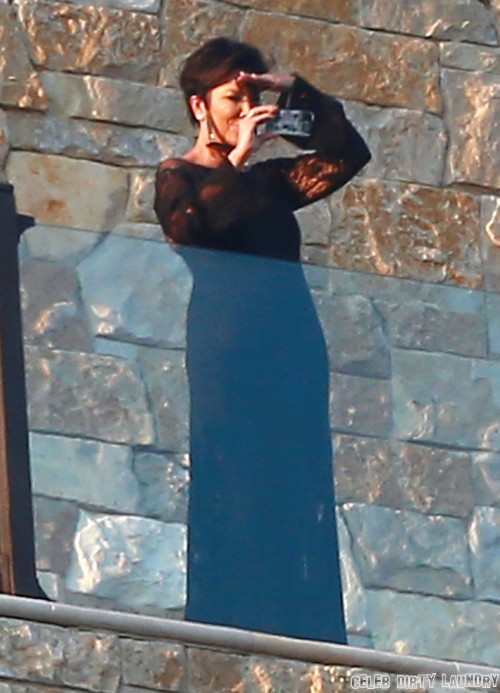 According to friends super close to Kris Jenner, when she takes off to vacation alone in Mexico that is code for openly cheating on Bruce Jenner. Once on top of the world, Kris has had a horrendous summer and is coming to terms with the fact that her family is a complete dysfunctional cluster. Rather than stay at home and attempt to pull everyone together, Kris decided to head to Mexico to party earlier this month.

I can only begin to imagine what partying must mean for Kris, especially since her everyday life includes downing bottles on wine while at work and then cocktails for happy hour. Supposedly by dinner time Kris is often incapacitated thanks to her heavy duty boozing. I’m guessing when she headed to party with Joe Francis and a gaggle of his closest slimeballs and hope for good behavior was long gone.

According to the Oct. 7th print edition of Star magazine after weeks of completely losing her shit and using Bruce as her verbal punching bag Kris turned up at Joe’s house and in between mingling with (and probably screwing) younger men, Kris decided to start drunk texting Todd Waterman, the guy who helped to bust up her marriage to Robert Kardashian. For some reason Kris just can’t seem to stay away from this guy in spite of promising Bruce that she would.

According to sources Kris likely returned to a world of trouble for ditching out on her husband who was smack in the middle of a cancer scare. She also had to contend with Bruce’s anger over her partying and reconnecting with Todd. How much longer will Bruce hang in there before he finally divorces this out of control woman? Tell us your thoughts in the comments below!