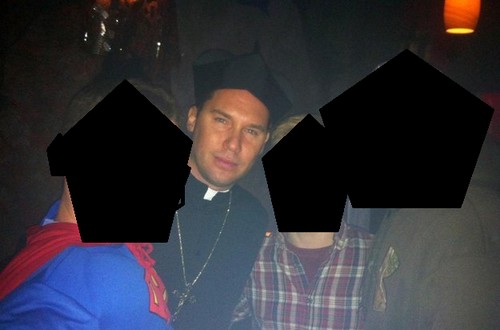 As far as scandal’s go, nothing strikes fear in Hollywood quite like allegations of sexual abuse. X-men director, Bryan Singer has spent part of this week accused of treating a minor boy like a piece of meat 16 years ago and what began as what appeared to be a possible money grab is now starting to look like it may affect many of Hollywood’s heavy hitters. Michael Egan lll filed the lawsuit which alleges that Singer and other men repeatedly raped and sodomized him using physical force, alcohol and cocaine beginning when he was just 15.

As the details of this suit have come tumbling out we have learned [TMZ] that there has been an ongoing well-established Thursday night party at various Hollywood clubs and the whole intention is for promoters to walk around and get contact info from some of the hottest young guys on the west coast. They need to show I.D. that says they are 18 years old just to get through the door but they are often much younger and hoping to get a big break in Hollywood. The guys that fit a particular profile are texted and invited to a weekend house party. TMZ claims they have been told that Bryan Singer attends some of those parties –  they also mention that Bryan is often in the company of young guys, which they point out, is not illegal.

The endgame of those weekend parties allegedly is always sex and according to Egan’s lawsuit, many of Hollywood’s biggest directors, producers and musicians take part in the drug-fueled debauchery and it sounds like more names are about to come spilling out. Egan claims that this way of soliciting underage boys has gone on for at least 16 years and as the media digs up more proof it does indeed seem to be emerging that will no doubt lead to more questions and investigating.

20th Century Fox, the studio behind the X-Men franchise, said: “These are serious allegations, and they will be resolved in the appropriate forum. This is a personal matter, which Bryan Singer and his representatives are addressing separately.”

Marty Singer, Bryan Singer’s lawyer (who has served as John Travolta’s lawyer in the past), said: “The claims made against Bryan Singer are completely without merit. We are very confident that Bryan will be vindicated in this absurd and defamatory lawsuit. It is obvious that this case was filed in an attempt to get publicity at the time when Bryan’s new movie is about to open in a few weeks.”

Bryan Singer has denied the allegations made by his accuser. Do you think that this is one of those Hollywood scandals that is about to really explode?