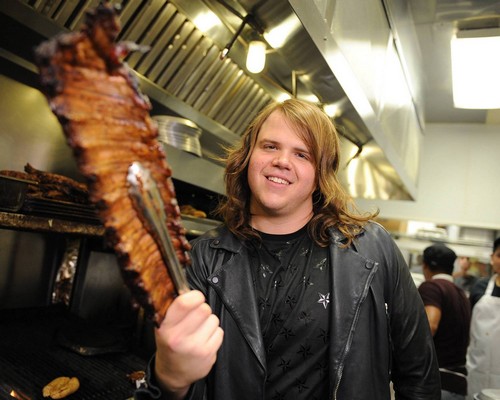 Caleb Johnson sang, “Demons” by Imagine Dragons this week for his Judges’ Picks or Randy Jackson’s Picks song choice.  This week each of the three finalists sang three songs for the performance show – one selected by their hometowns, the Judges, and Randy.

Did you see Caleb’s other songs? If you missed either of themwe have the videos, right here. The Top 3 will really have to bring their A game tonight to stay around for another week, we expect a higher level of performances as the contestant pool diminishes as we head towards finale next week.  Did you watch tonight’s performance show? Just in case you missed tonight’s show we have you covered and you can read our full and detailed recap here!

On last week’s episode Caleb sang “You Give Love A Bad Name” by Bon Jovi. and Keith had this to say about his rendition saying, “I think some of that comes from confidence, halfway through the song I was thinking I wonder if it is really hard to be rocking out with three of us sitting here staring at you like this.  So, I start rocking out because I really feel for you.  You gotta pull out all the stops and that’s what I wanna see you do.”