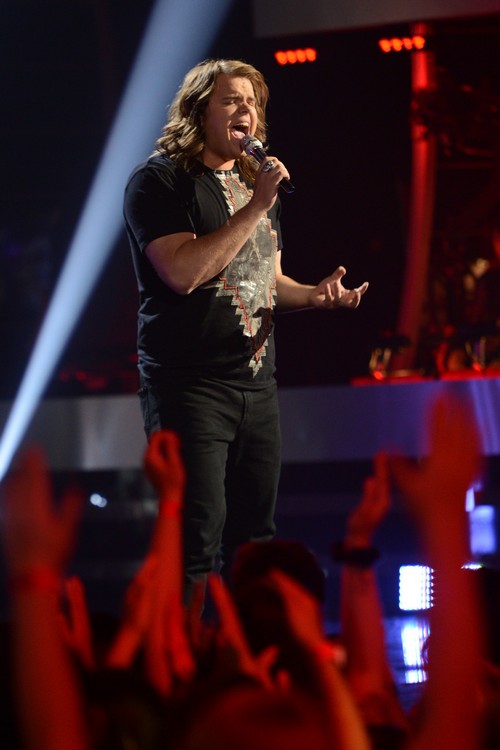 Caleb Johnson sang, “Dream On” on the finale of AMERICAN IDOL this week for his Simon Fuller’s song choice. This week each of the finalist sang three songs: one their possible winner song (a previously unrecorded song); one their choice and another Simon Fuller’s choice.

Judges Comments on “Dream On” : Jennifer – “That’s what you gotta do!  This is the finale, this is it!  You know you got to come on and you got to deliver you got to carpe diem, you got to do all that and that’s what you just did.  You should think Mr. Fuller as well, because that song might have did it right there.”  Harry – “As powerful as the ending was, don’t forget to take the same focus and the same energy at the end of the tune to the beginning.  Really great job.”  Keith – “Caleb, you literally had me with the opening phrase of the song.  I disagree with Harry, the way that you arced that song at the beginning and you wrapped it up.  Simon Fuller you should start a song that’s music based…oh wait you did.”