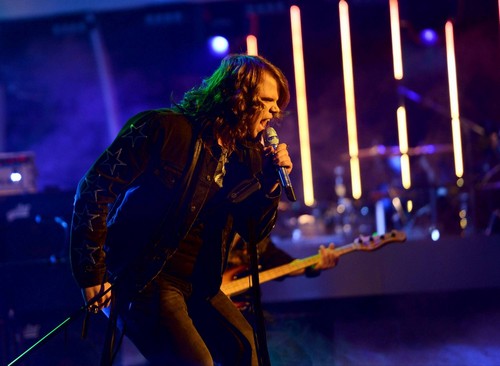 Caleb Johnson sang, “Chain of Fools” an original song by Aretha Franklin which was his original audition song.  This week the contestants will have a chance to prove how much they have grown during the competition by sing their audition song and the judges and America will see the contrast. Did you watch tonight’s performance show?  Just in case you missed tonight’s show we have you covered and you can read our full and detailed recap here!

On last week’s episode Caleb sang “Dazed And Confused” by Jake Holmes/Led Zeppelin and Keith loved her rendition saying, “Caleb, tonight it called ‘I’m with the band.’ But tonight it was like the band is with the frontman. The band has never played like that before. Your whole performance came at me like an airbag in slow motion.”