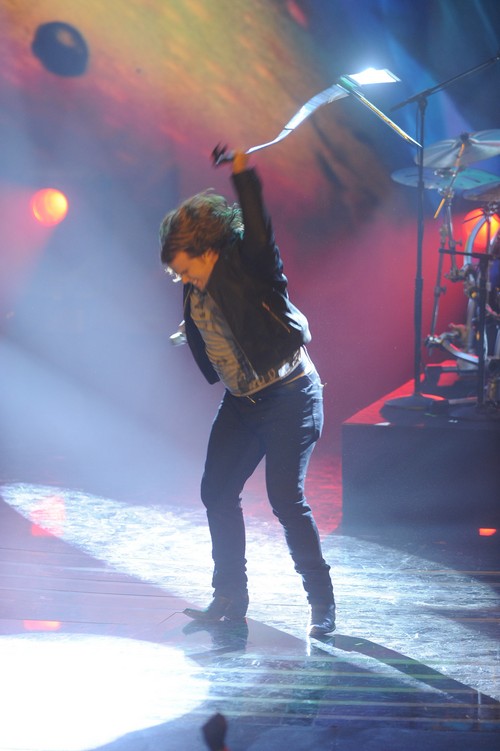 Caleb Johnson sang, “Maybe I’m Amazed” by Paul McCartney on the finale of AMERICAN IDOL this week for the song he chose to sing.  This week each of the finalist sang three songs: one their possible winner song (a previously unrecorded song); one their choice and another Simon Fuller’s choice.

Judges Comments on “Maybe I’m Amazed” : Keith – “All right, all right.  Caleb!  Firstly, I love the fact that Paul wrote that song for Linda, it’s a real, deep emotional song.  Don’t get caught up in the gymnastic aspect of it, don’t lost the feeling.”  Jennifer – “I agree your power is undeniable, but at the end of the day when that soul comes through.  I felt you holding back, but this is a different song.  That’s what it required that it was missing was more heart and less of the pwer.  But, you sounded amazing.”  Harry – “These are two heavy weight fighters, you and Jena, you’re going at it.  I think you won the first round Caleb, who do you think won the second round? As great as it was I think Jena won the second round.  I don’t envy the voters.”