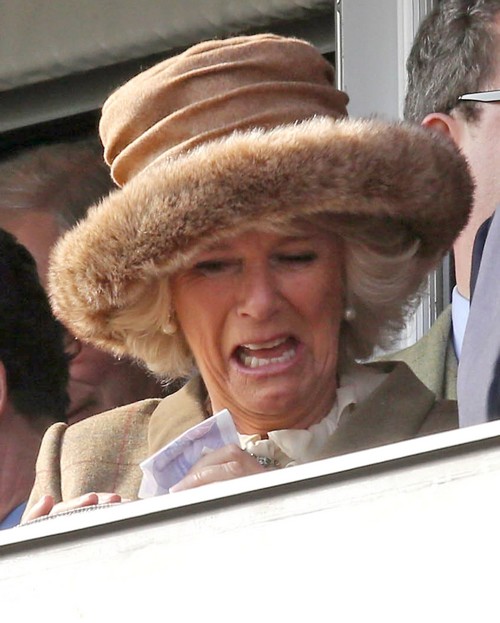 As the picture of Kate Middleton’s bare butt circulates around the internet, the Princess pendulum once again swings back in Camilla Parker-Bowles’ favor. It is no secret that Prince Charles’ wife is not a fan of Kate Middleton. She has been clinging to Prince Charles for years, patiently waiting for Queen Elizabeth to step down and give her and her Royal hubby free reign over England.

Despite the obvious line of hierarchy, the media has been speculating for months that Queen Elizabeth would much rather see Prince William and Kate Middleton take over her throne, instead of his father Prince Charles and Camilla Parker-Bowles. Sure Kate Middleton got off to a rocky start as a member of the Royal Family, but she quickly got her footing and began cleaning up her image and winning over the people. She has been on her best behavior for over a year now, and with every day that passed that Kate was scandal-free, the more Queen Elizabeth adored her and despised Camilla.

Today’s nude photo scandal was just the break Camilla Parker-Bowles has been waiting for, and the fall from Queen Elizabeth’s good graces that Kate Middleton was bound to make eventually. Sure, Kate Middleton can’t be completely held at fault for the wind blowing her skirt up in the air. However, she is the one who chose not to wear any panties underneath her flimsy dress. Camilla Parker-Bowles may be a lot of things, but she doesn’t go to photo-ops sans her undergarments.

There is no doubt right now that the Palace is in a frenzy over Kate Middleton’s latest scandal, and the Royal Family is in panic mode. Everyone except Camilla Parker-Bowles that is, she is for sure hiding out and celebrating this momentous occasion.