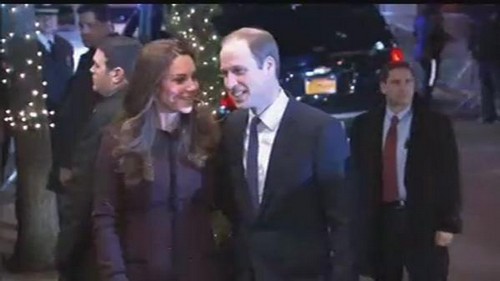 Camilla Parker-Bowles was ecstatic last month when news broke that Prince William turned down the crown without consulting Kate Middleton and Queen Elizabeth had no choice but to hand over the royal reigns to Prince Charles and his wretched wife. Camilla has dreamt of ruling England for years now, and although she nearly lost the Queen’s throne to Kate Middleton, her position as future Queen is now locked in. But, Camilla’s joy quickly faded when she realized that no one cared, and the news of her becoming the next Queen was overshadowed by the American media frenzy Kate Middleton has created over her current trip to New York City with Prince William.

According to the December 15 edition of GLOBE magazine, Camilla Parker-Bowles is furious that even though she is the next Queen of England, the people still despise her and Americans idolize her rival Kate Middleton. GLOBE reveals, “Kate’s popularity sent Camilla in to a jealous rage. When Camilla came to the United States in 2005, her trip didn’t get much attention, it was her first visit with Charles after they married. Camilla just hasn’t got the magic that Kate has. Everyone wants to see Kate, they’re calling her the new Diana.” GLOBE goes on to explain that Camilla has been drinking heavily and was recently spotted downing gin and tonics and whining to Prince Charles that she should be the one going on a trip to New York City – not “commoner” Kate.

Jealousy is not an attractive trait, especially on a woman in her 60’s that is next in line to the throne. Do you think Kate Middleton is comparable to Princess Diana? Is Camilla being ridiculous, or would you be jealous is you were in her shoes? What kind of hell do you think Camilla will put Kate Middleton through once she is crowned Queen and pulls rank? Let us know what you think in the comments below!

The First pics of Kate Middleton and Prince  William in New York City arriving at the Carlyle Hotel!