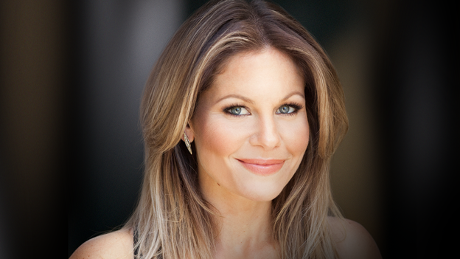 Before the new season of Dancing with the Stars premieres, we wanted to take a moment and introduce you to Candace Cameron Bure, who’ll be partnering up with Mark Ballas. DWTS is gearing up for another season of hot ballroom dancing and super-sizzle-sexy flare and will feature some great celebrity dancers. If you missed the announcement, please click here for the full roster of DWTS season 18 cast members. Continue reading for a bit more information on Candace!

“Actress, producer, New York Times bestselling author and inspirational speaker, Candace Cameron Bure is both outspoken and passionate about her family and faith. Known to millions worldwide from her role as D.J. Tanner on the iconic family sitcom “Full House,” Cameron Bure continues to flourish in the entertainment industry as role model to women of all ages. With an acting career that started at the age of five, Cameron Bure grew up in show business alongside her brother Kirk Cameron and has appeared in countless national television commercials, prime-time hits, TV movies and feature films.

“Mostly recently, Cameron Bure starred in the Hallmark Original Movie “Let It Snow.” In addition, she starred on ABC Family’s hugely popular show “Make It Or Break It” in a three year run as Summer Van Horn. Cameron Bure added bestselling author to her many titles with her bookReshaping It All: Motivation for Physical and Spiritual Fitness, inspiring women to embrace a healthier lifestyle by moving faith to the forefront of their relationship with food.”