Candidly Nicole Recap 9/4/14: Season 1 Episode 8 “How to Love Your Girlfriends” 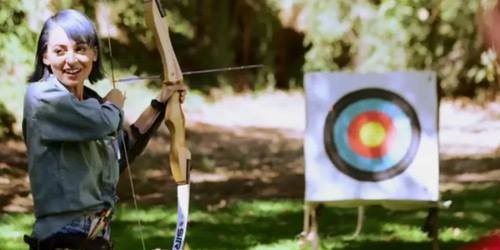 Tonight on VH1 Candidly Nicole airs with a new episode called, “How to Love Your Girlfriends.” On tonight’s show Nicole brings her girlfriends to a surprise weekend at Summer Camp.

On the last episode a psychic tells Nicole that she came from a place of fear and negativity; Nicole faced her fear. Nicole was onstage and started off by telling people that she was half black and it seemed like she was going to tank until she explained the whole thing, including being called negative. Did you watch the last episode? If you missed it we have a full and detailed recap, right here for you.

On tonight’s episode, Nicole wanting to get closer and do something with her girlfriends decides to take them all on a surprise weekend trip at a Summer Camp, hoping that this will bring them closer together.

RECAP: Well, this episode of Candidly Nicole is going to be a trip- literally. Nicole decides to pack up her best girl friends and take them on a surprise camping trip. Camp Shine is like a kids camp for adults. They aren’t allowed to talk about work and after getting nicknames they start making crafts with cardboard. It doesn’t take long before Nicole’s friend Erin declares Camp Shine a creepy cult that is trying to steal their souls while draining bank accounts.

The ladies wake at Camp Shine for their first day of activities and find out that a color war is on the schedule. Nicole wheels and deals a bit to make sure that she and her friends are all together on the blue team. They promised to fight like crazy to win and they make good on that by taking competitions such as Bananarama which involves passing banana’s to each other via the thighs.

A camp counselor sits down with the ladies to see how they are feeling about this whole experience and while they kind of hate to admit it, they are really enjoying the positivity. They seemed to have a lot of fun making up perverted songs in between the ongoing color wars. The blue team wins the color wars but everyone competing wins an MVP Award.

Before leaving camp everyone has to write themselves a letter and in hers Nicole toasts all of her amazing friends. Tune in next week for more Candidly Nicole!