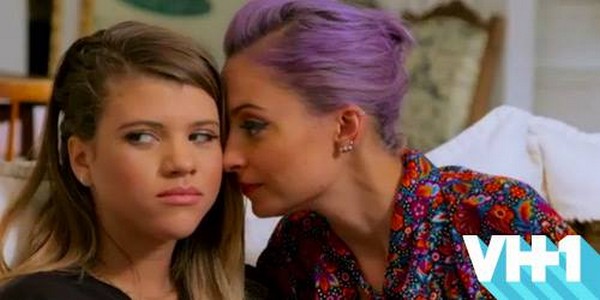 Tonight on VH1 Candidly Nicole airs with a new episode called, “How to Say Yes.” On tonight’s show Nicole visits a physic and finds out that she’s from a negative environment.

On the last episode Nicole felt like she had been drifting away from her sibling, which encouraged her to want to learn how to reconnect with her sibling, that she decided to attend her first support group. At the meeting, she interacted with a guy about 90210. She had a real connection which made the group leader happy.  The session ended with a group selfie. Nicole then sat down with friends to discuss 90210 and made the point that kids today don’t miss anything because of their phones. Did you watch the last episode? If you missed it we have a full and detailed recap, right here for you.

On tonight’s episode, a psychic tells Nicole that she comes from a place of fear and negativity; Nicole faces her fear.

On this week’s episode of Candidly Nicole we see Nicole Richie visiting a witch that calls her extremely negative. She is challenged to say yes to everything for the next week and so we watch Nicole being taken advantage of in a bunch of different ways. She buys too many oranges, donates a chunk of cash to gay rights and over extends herself with family.  She then heads to an acrobatic yoga class which is hilarious. She and her friend keep chatting about how exhausting it is to keep saying yes while Nicole is twisted like a pretzel by the instructor.

Nicole attends her good friend Jamie’s birthday bash and is asked to give a toast. Nicole is terrified to speak in public but has to say yes to doing it. The toast is an absolute hot mess but she limps through it somehow. Nicole then heads to a comedy show with her friend and within moments finds herself introduced to do a bit of comedy. Stand up clearly isn’t for everyone.

Nicole is onstage and starts off by telling people that she’s half black and it seems like she’s going to tank until she tells people that she has had to say yes to everything all week. As she explains the whole thing, including the original witch who called her negative also insisting that ghosts have sex with us, she won people over. Tune in next week for more Candidly Nicole!