The Bachelorette 2014 Season 10 Spoilers: When Is Carl King Eliminated by Andi Dorfman? 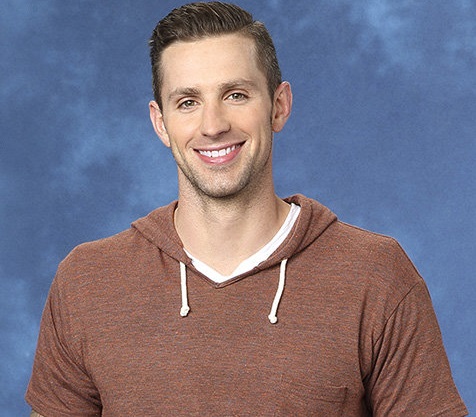 Season 10 of The Bachelorette has officially kicked off and we watched twenty-five awkward introductions during the season premiere on ABC. Andi Dorfman conducted her first Rose Ceremony and sent six eligible bachelors packing, narrowing her search for love down to nineteen lucky guys. One of those nineteen men still residing in the Bachelor Mansion is 30 year old firefighter Carl King, from Hollywood, Florida. (Warning: All links lead to Bachelorette Season 10 Spoilers)

Every girl loves a hot firefighter, right? Well, apparently, Andi Dorfman is the exception to that rule because Carl’s stint on The Bachelorette is so short you will miss it if you blink. According to Bachelorette spoilers, Carl heads out on the first group date of the season with Andi and thirteen of the other guys to OHM Night Club in California. Carl and the rest of the guys spend the night stripping on stage for charity, and Reality Steve teases that Carl King will be one of the guys dressed as a “sexy cowboy.”

It turns out Carl’s dance moves must not be up to par, and according to Bachelorette spoilers, Andi eliminates him at the Rose Ceremony at the end of Episode 2. Were you hoping that Andi kept Carl around longer, or are you surprised that he made the cut during the first Rose Ceremony and made it to Episode 2?

On the bright side, several websites are reporting that multiple members of Andi’s season of The Bachelorette have already signed on to appear on Bachelor In Paradise later this summer. So maybe we will see Carl King again!