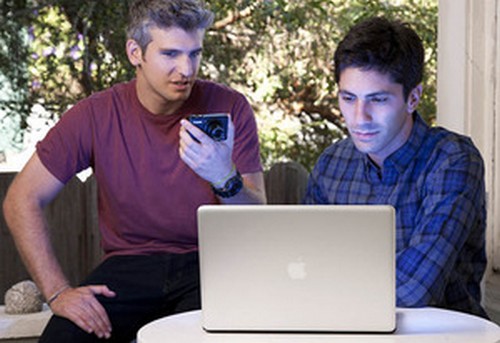 Tonight on MTV their series about online dating, the show called CATFISH returns with a third episode titled “Antoinette & Albert”.  On tonight’s episode, a woman hopes to meet a man she met on Instagram.

On the last episode with Antwane and Tony, this new relationship doomed before it even started. People are rarely who they say they are, as was the case with these two. One thing was for sure, this was an emotional journey filled with mystery, surprises and some revelations.  Did you watch last week’s episode?  If you missed it, don’t worry we have you covered with a full and detailed recap, right here for your enjoyment.

On tonight’s episode  Antoinette & Albert are both people who met on instagram. Are they going to be meeting the person that they expect to meet or will they meeting be a disappointment?

In the new world of social media – meeting new people has become a lot more complicated than many would think. Not only do most friends connect on Instagram, but in the case of Antoinette – she thinks she might have a real connection with someone minus ever seeing other face to face. Will she be one of the lucky ones or is this case of yet another gullible girl getting her hopes up?

Well, her perfect guy instantly comes off as suspicious. He never wants to use Face Time or skype with her. He says he has a bad internet connection and that it wouldn’t support any of the numerous apps out there. And the last time she mentioned a possible visit – they got into a heated argument. Now after so many red flags, like the fact that he could have staged that argument to make her change her mind on traveling; Antoinette is wising up to the fact that she needs to verify who exactly she’s been chatting to. So calling on the stars over on Catfish – Nev and Max – she’s hoping to find her rapper boyfriend actually working in the studio as much as he’s been claiming.

Antoinette, speaking about “T-lights”, explains her one of a kind connection. They’ve shared things together that they’ve never revealed to anyone else. That’s why she wants this relationship to be real. But upon meeting her, the show’s producers are wondering why exactly a girl like Antoinette would want to pursue a relationship over the internet.

She says that she’s guarding her heart yet the fact that she’s gone this far too make it work with T-lights even though she’s had some misgivings about his lurking means she’s invested. He likes to lurk on her as in he’s constantly checking up on her to the point it slightly weirds her out when he mentions a new post of hers.

The guys look into “T” and they see a lot of videos on YouTube and other sites so they know his computer can handle loading up video. So why is he hiding. So far the only definitive proof they have that he is in fact real is a phone number. Tracking down the number they find an older woman with two sons. Her eldest son is a married man up there in age and the other son, Albert, is a rapper.

When the guys called the number though; they heard the older brother on the answering machine and funnily enough he sounds a lot like his younger brother. So they called Albert’s manager to check if the number they have is the one his rapper uses and the manager informed them that the number wasn’t the one Albert was using. They then went on to ask if Albert was in charge of his social media or if he sometimes had someone that helps out. And the manager said the brother, Joseph, helps.

Unfortunately, it’s beginning to look like its Albert’s brother that has been reaching out to Antoinette. He tends to screen grabs her photos to add comments – that’s his way of communicating – and it can also be used to hide his messages from his brother, the real Albert. When Antoinette first got into contact with T-lights, she gave him her handler and because it’s out there then anyone close to Albert could be using it.

And looking into Antoinette, the producers wondered what kind of people she invites into her life. Her videos on Instagram are risqué to say the least. Her own father doesn’t even approve of the things she posts. Take for instance, the video she has of a close up of her butt cheeks dancing. Doing things like that is basically handing out an invitation to any and everybody.

After giving her the much needed dressing down, the guys went into detail on what they’ve found and they asked her if she wanted to fly out to meet whoever has been posting her. It could either be Albert or the very married Joseph. And she said she wanted to go. If it is Albert then she’ll be happy and if it’s Joseph she’ll tell him to go talk to his wife!

Antoinette flies out for the meeting and Nev approaches Albert after one of his concerts and drum roll please…. he verifies that the young woman has been speaking to Albert. Albert really likes her. He’s told his friends about her and he tells Antoinette that she’s beautiful. She’s so beautiful that she doesn’t necessarily have to post pictures of herself in a dress all the time and still be beautiful. As for Antoinette, she was simply pleased to feel the same connection with him that she had through their text messages as she does in person.

They’re officially cute together, but the distance and time managing problems on his end could mean their relationship won’t be able to progress as far it could have. They were both happy she came out for a visit though. And a month later, Antoinette fills in Max and Nev on what’s been going on.

Right now, they’re just very good friends although the door is left on something more possibly happening down the road. Also Antoinette has erased a lot of her provocative Instagram posts. Once she started to look back on it – she realized how embarrassing and immature it looked. So no matter what happens next with Albert at least Antoinette walked away from this experience a little less gullible than she was before.