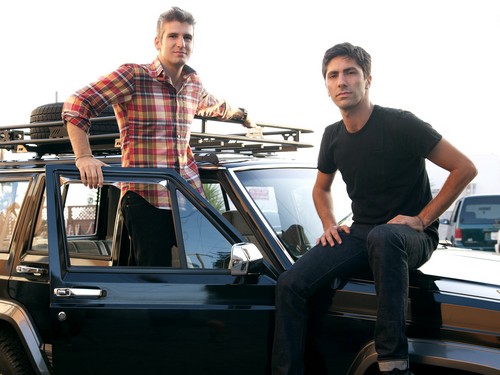 Tonight on MTV their series about online dating, CATFISH returns with the ninth episode titled “Jeff & Megan.” On tonight’s episode Jeff is convinced that he has found his dream girl, but he grows suspicious.

On the last episode called “Miranda & Cameryn”, Miranda was a woman who wanted to find out if the man she met online was who he said he was. She asked for Nex and Max to help her out. Did Miranda find what she was expecting or was she left disappointed when she discovered the truth? Sadly, she was disappointed to find out that Cameron’s whole profile was a lie. Did you watch the last episode? If you missed it, we recapped it all right here for you.

On tonight’s episode Jeff believes that he has found the girl of his dreams, but not everything is clear to him as he begins to get suspicious of the woman he knows as Megan. He decides to get the help of Nex and Max to see if Megan is truly the girl of his dreams or be utterly disappointed if he finds out she isn’t.

Tonight’s episode starts out with the guys being concerned about a guy named Jeff. They feel like he isn’t being entirely truthful about his feelings and trying to downplay them in case he gets hurt. But he is invested and hearing his story is a bit of a tearjerker.

In the past year, Jeff has fallen in love (even though he denies it) with a woman who claimed to be named Megan. Evidence of this is the fact he fell so hard for her that he was even considering to give up his job in the military in order to move to her home state and see where things goes with their relationship. Thus far said relationship has been mostly conducted over the internet and that’s why he had put a major amount of emphasis on meeting her in person. However their first in person meeting did not go well primarily because Megan stood him up.

She later said she had a family issue to deal with at the time.

So it didn’t really take a lot of detective skills to wonder if Megan could possibly be catfishing him. And that’s what made Jeff turn to Max and Nev. He tried to move on after she stood him up and yet he was never able to meet someone as “nice” as he felt Megan was. Plus, it is hard dating while in the service. He can get deployed for months on end and he doesn’t necessarily meet a lot of women through work. Though there are some other red flags with Megan.

When he was speaking to the guys he told them that yes he did send her pictures of his junk with his face included. She has also sent pictures but wisely made sure her face wasn’t visible in them. So she at least has a good dose of self-preservation. Then again she did go on to give him her phone number and address which he used by sending her presents. And that one could go either way in her favor! Did she want the presents enough to give him a real address or is she simply the same person she claims to be?

Once Nev and Max started investigating, they found something interesting about Megan like the fact her name might not be Megan. There was someone called Brandy who has very similar profile to Megan’s and the same number and address.
Jeff heard all of this and surprisingly it didn’t matter to him. He suspected she was holding something back all along and yet he still wants to meet her. He had Nev and Max reach out to her to see if she was willing to fly out to see him. Though she didn’t want to immediately agree to the suggestion.

It took Max having to travel all the way to her apartment complex in Texas just to get her to greet the cameras. And once she did – Max got see for himself what she was so desperately wanted to hide. Brandy (because that is her real name) isn’t anything like her fake profile picture. She’s on the thick side and she isn’t the blond blue eyed Barbie that Jeff is expecting.

But she also didn’t set out to intentionally deceive him. “Megan,” for all the damage she did, was started as a way to escape her normal life. She recently came out of a bad relationship and, merely looking at her, you could see her self-esteems isn’t all that high — so in the end she became Megan. Who was prettier than she was and had an overall better life.

Max even sympathized with her when he heard her story. He knows she isn’t a bad person and he brought her back to meet Jeff hoping the other man will see what he does. And sure enough Jeff was shocked by her lies and he might have been angry as well though he hid it if he was. But he did stay to hear her side and he never judged her for what she did with that fake profile.

It would be an understatement to say Jeff was hurt. Finding out that she hid things made him second guess pursuing their relationship at the same rate he was originally going at (remember he was truly thinking about leaving the military for her). So, after a few months had passed, and it became clear that the spark was still there for them, they’re seeing where their daily conversations will lead with only one slight difference. Jeff went on to re-enlist!

Can their relationship survive that is now the question that what will make or break them!