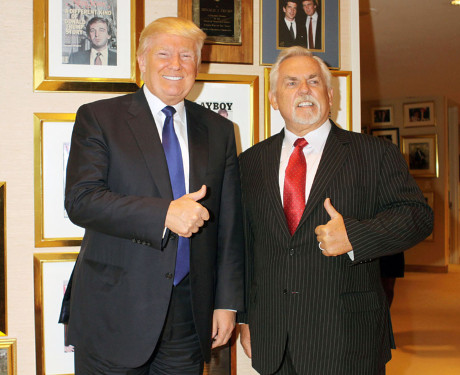 The celebrity contestants for the next Celebrity Apprentice have not yet been officially announced, but TMZ reports that their spies can confirm several members of the cast for the upcoming installment of the popular show. If TMZ’s spies are right, this is going to be one exciting cast!

Though we’re weeks away from the official announcement of celebrity contestants, so far Keshia Knight Pullium (of Cosby Show fame); Brandi Glanville and Kenya Moore (have to have a couple Housewives); Geraldo Rivera; and the woman you love to hate, Kate Gosselin, are all rumored to be part of the upcoming cast.

Maybe Brandi and Kate can bond over ex-bashing and Kenya can employ the help of Geraldo to investigate and expose Apollo Nida for the alleged sexting scandal he brought her into. Hopefully they’ll soon be adding some interesting contestants to the mix. Stay tuned, CDLers! You know we’ll keep you posted.

If you had to finish filling out the contestant roster, who would you add to the lineup? Brandi Glanville’s going to be great on the show, and we’re very excited to see what kind of drama she adds to the workplace. Do you know what would really make our lives? If, somehow, LeAnne Rimes got on the show!