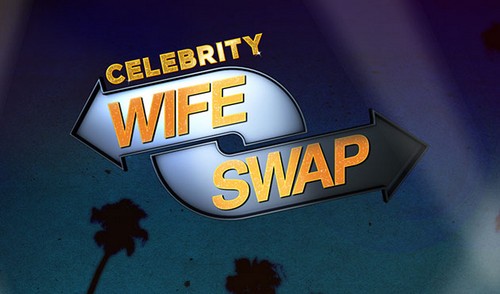 On the last episode soap operas weren’t the only thing Tyler Christopher and Ronn Moss had in common. The General Hospital star and The Bold and the Beautiful alum were the focus of this edition of Celebrity Wife Swap. Christopher’s wife, ESPN pit reporter Brienne Pedigo, switched places with Moss’s model/actress wife Devin DeVasquez. Did you watch the last episode? If you missed it we have a full and detailed recap, right here for you.

On tonight’s episode Rapper DJ Paul is one half of the rap duo Three 6 Mafia who won an Oscar for their hit single “It’s Hard Out Here For A Pimp” from movie “Hustle and Flow.” Today, DJ Paul lives in Las Vegas, NV with his fiancée Majda and son Nautica. DJ Paul loves to entertain and has family and friends over regularly for backyard barbecues with drinks, music and loud conversations flowing late into the evenings. Former NFL wide receiver Plaxico Burress lives in New Jersey with his wife Tiffany and their two children, Elisha (7) and Giovanna (4), where Tiffany is a partner in a law firm and CEO of her own maternity clothing line. Recovering from a rotator cuff injury, Plaxico likes to spend his free time downstairs in his “man cave” alone. Tiffany is responsible for the running of the household, including all of the cooking and cleaning. She also takes the lead in terms of childcare.

We will be covering tonight’s Celebrity Wife Swap, Dj Paul and Plaxico Burres episode with all the details. You don’t want to miss this episode; you never know what craziness is going to break out! Don’t forget to come back to this spot at 8PM for our coverage of the episode.

RECAP: It’s the morning of the swap and the mornings are getting ready to leave their families. DJ Paul’s finacée Majda is nervous and has no idea where she is going. Meanwhile, Placxico Burress’ wife Tiffany hopes that she is not going to be with a lazy husband. Tiffany and Majda have a chance to view their new homes while everyone is out Tiffany is shocked at the mess and feels like she is in more of a vacation home. Tiffany finds an Oscar in a box and is shocked. Majda is surprised to find out that Tiffany has a lot on her plate. Tiffany on the other hand is surprised to find out that Nautica really doesn’t have any rules and that the family parties a lot.

Time for the wives to meet their new families, Majda loves the kids. Plaxico on the the other hand loves that Majda cooks.

Tiffany meets her family, she finds that DJ Paul’s teeth are disturbing..she offers to make dinner and he says no, he is having a party. Nautica thinks Tiffany is uptight and doesn’t think she is going to fit in.

Majda starts dinner and Plaxico disappears downstairs; she is really surprised that he wouldn’t stay to help out. Dinner is ready, Plaxico takes his plate and goes downstairs to watch TV while he eats while Majda sits with the children.

Tiffany is overwhelmed, she can’t believe that the house is full of people and they are eating and drinking. DJ Paul thinks that Tiffany is very boring. Tiffany’s steam is running out, she is very uncomfortable and has had enough.

It’s a new day, Majda has to take the dogs out while everyone is sleeping. On the other hand Tiffany cannot believe that Nautica is wasting his time playing video games. Tiffany asks DJ Paul why he has his trophies in a box, he says because if they were out they would make him feel to comfortable.

Plaxico finally gets up, he doesn’t do anything to help, he just heads to the gym.

Tiffany heads to the water park with DJ Paul and Nautica; this is a typical day in their life. Tiffany just stands around in her bikini being a stick in the mud.

Majda joins Plaxico for his usual weekly lunch with his wife, she asks him about his going to jail if that is the reason why his wife does so much. Majda is surprised that since he was away so long that he wouldn’t want to spend more time with his kids and his wife.

Tiffany tries to get to know Nautica better, he tells her that he wants to act or he will do what his dad does. Nautica doesn’t want to think about his future, he will get to it whenever. Tiffany hangs out at the recording studio with DJ Paul and can’t believe that Nautica is there as well and spends most of his days doing that or playing video games.

Majda tries to help the children with their homework and Plaxico is nowhere to be seen again. Majda decides to go downstairs and invade Plaxico’s space, she asks him if he thinks his wife is happy with this arrangement, he says that she is.

It is time for the rule change, Tiffany tells the family that they are going to have a quiet night at home instead of going out. Tiffany wants to display DJ Paul’s accomplishments and get them out of a box. Nautica has to clean his room and get more serious about his future.

Majda tells Plaxico that instead of having a man cave, it is going to turn into a family cave. Plaxico has to spend more time with the family and cook.

Nautica starts by cleaning his room while Tiffany helps DJ Paul to hang his accomplishments and achievements. Nautica ends up doing a great job at cleaning his room but little does Tiffany know that he stuffed everything in the closet.

Plaxico is baking cookies with the children and they love it. Next, he joins the children to build a family cave out of his man cave. Plaxico burned the cookies and the kids are not happy.

Victoria takes Nautica to a University for a visit and it first he doesn’t lile it, but then she takes him into the theatre and he is thrilled.

For the first time ever, Plaxico goes with the children to their swimming lessons and cheers them on which really excites him.

Plaxico and Majda take the kids out to the zoo for a fun family day.

The swap is over and both wives are happy to be reunited with the significant others. Majda tells Tiffany that she was so nervous because they are totally opposites. They start talking about DJ Paul’s accomplishments and how she helped him to display them. Tiffany says that she could never survive in the part lifestyle that Majda and DJ Paul have and the lack of rules. DJ Paul says that he doesn’t give Nautica rules because his dad didn’t give any. Majda tells Tiffany that it is not fair that she does everything when Plaxico does nothing. Also, she changed the man cave to a family cave. Tiffany says that she found the studio to be boring. DJ Paul admits that he liked the quiet evening at home.

In the end, both families benefited from the swap and were happy they did it.