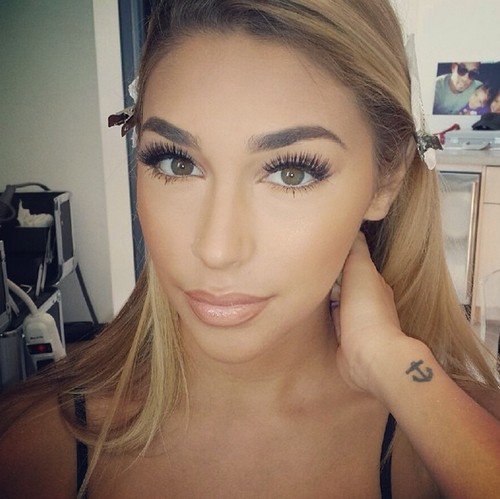 Justin Bieber may have briefly reunited with Selena Gomez last month, but he’s already moving on with yet another model, this time by the name of Chantel Jeffries. Justin was with Chantel before he got arrested in Miami, and might I say, it’s just like Justin Bieber to put others at risk due to his own recklessness and stupidity.

According to reports, Justin and Chantel were ‘hanging out’ at the nightclub in Miami before they decided to head off and start drag racing. Apparently, after getting drunk and high, drag racing in his rented Lamborghini sounded like a good idea to Justin. And not only that, but drag racing drunk with a passenger in the next seat. And why didn’t Chantel speak up and try to stop any of this from happening? Well, she probably didn’t want to ruin her claim to fame.

Anyway, TMZ claims that Chantel was in the passenger seat of Justin’s car when he got pulled over for drag racing and drunk driving. It’s not clear whether Chantel spoke to the police or was involved in the incident in anyway, but I assume she’s a witness in the case now and will probably be brought forth and asked questions about Justin’s state of mind. There are already videos leaking from the incident, and they clearly show an intoxicated Justin swearing at the officers. Ughh, that little punk so had this coming. He’ll finally have the street cred that he so obviously craved, and he’ll realize that this lifestyle isn’t really meant for scrawny little wannabes.

Here is some more on Jeffries from her own “urban model” website: “Chantel Jeffries has been linked to some of the most popular, handsome, eligible bachelors in the sports and hip hop. Most recently dating Justin Combs, son of P Diddy Sean Combs and Desean Jackson of the Phildelphia Eagles.” In other words Chantal is a gold-digging famewhore – a perfect match for Biebs!