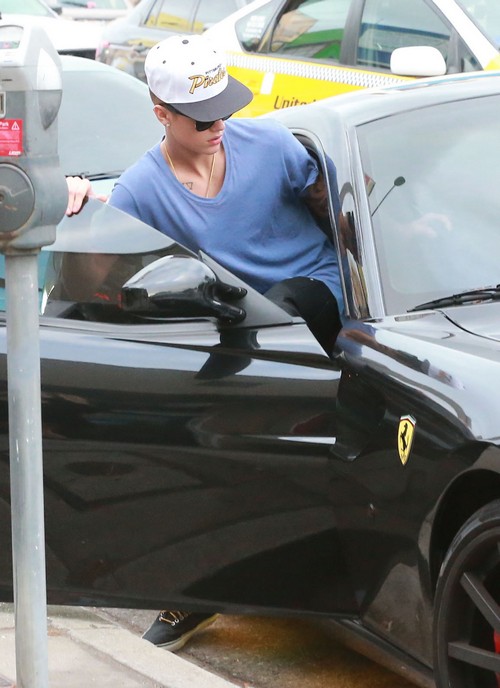 Finally! After months of watching Justin Bieber break rules and laws finally, he has actually been arrested for something. That something is actually kind of a big deal too. Apparently the Biebs was leaving a Miami club early this morning and he was pulled over for drag racing with another car. Justin was driving a yellow Lamborghini with a female passenger, who TMZ calls a model but we’ll bet she was hooker, when police spotted him in a residential neighborhood and the person Justin was racing in a red Lamborghini arrested as well.

When cops on the scene actually began to deal with Biebs that’s when they realized that he was a little messed up. Needless to say, they gave him a field sobriety test – which he failed.

Biebs is currently at the Miami Beach police department where he is being more accurately tested. After that he’ll be carted off to jail to be booked, processed and then he’ll have bail set. This is the very first time that Bieber has ever actually been held accountable for his actions. He usually wriggles out of things or else his handlers kind of make everything go away, but that won’t be the case here. This clown is about to see what jail really looks like, first hand.

Do you think this arrest will make a difference in how Biebs chooses to live his life? Supposedly those close to him have been trying to push him into rehab in order to save his career. Do you think that he will be more willing to go after this, or did this just give him a bit more credibility with his crew? Tell us your thoughts in the comments below!