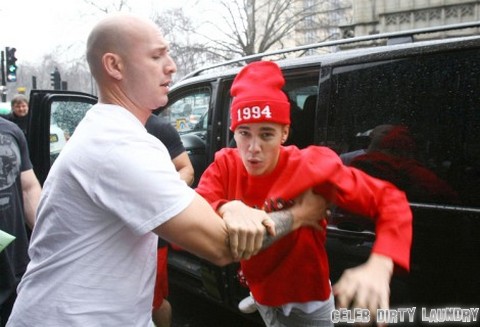 Justin Bieber’s public meltdown continues as he now adds battery charges to his ever-growing resume. TMZ reports that after Justin got back from his overseas concert run, he got into ‘an altercation’ with a neighbor this morning.

TMZ elaborates, saying that Justin and the [male] neighbor got into an intense argument, which ended up getting out of hand. The accuser reportedly filed a claim saying that Justin threatened him and made physical contact with him. He filed a battery claim this morning, and cops are currently at Justin’s home in Calabasas investigating. Justin’s team, on the other hand, claims that Justin did not make any physical contact with this man, and just insisted that he get off his property. Apparently, after whatever went down, Justin went back into his house and his security escorted the neighbor off his property.

See, this is an interesting case. On the one hand, you can argue that this neighbor had no business being on Justin’s property without his permission. Was Justin justifiable in assaulting the man? Absolutely not, but since we don’t know what the man was doing there, we can only assume it was something that he was not very happy about. 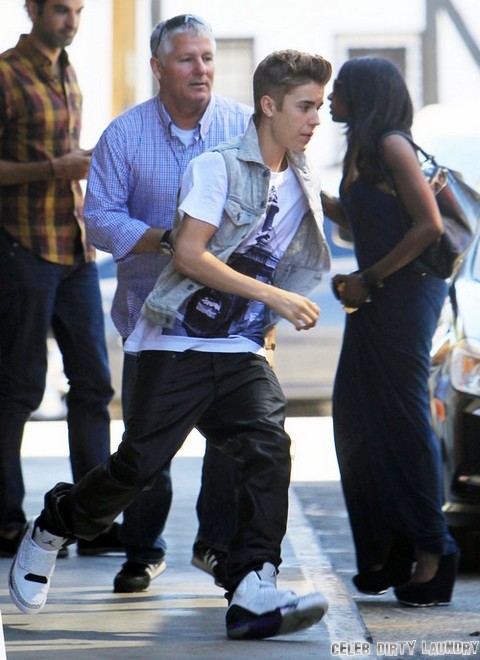 Of course, we know Justin can’t control himself when he gets angry, as we’ve seen previously with the paparazzi case. JB’s building himself quite a rap sheet there, isn’t he? Drugs, assault, public fights, what’s next? If I was part of his team, I’d make sure he was in lockdown for a good couple of months before he gets to talk to another person again. Of course, his handlers and his family won’t do that, because to them, he’s perfect little millionaire Justin who funds their lives. In a non-celebrity situation, if this is how a normal teenager behaved, any sane parent would lock up the kid and ground him until he learned his lesson. Of course, JB won’t learn his lesson until somebody does, and this time, it might actually be the cops. He got away last time out of luck, but battery and assault carries some serious weight, even if it’s a celebrity that engages in it. Whether he goes to jail or just pays a small fine, we’ll have to wait and see, but he might actually learn his lesson this time around. Oh, who am I kidding, of course he won’t.