Justin Bieber Addicted To Sizzurp and Marijuana, Refuses To Go To Rehab 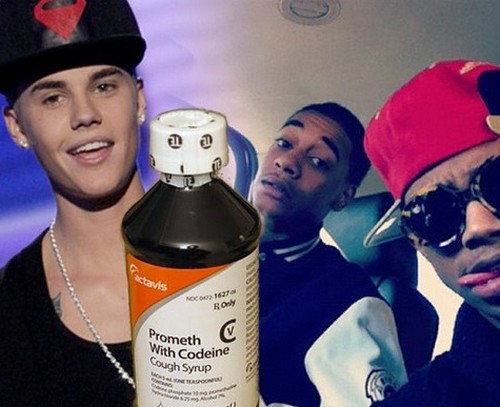 Now, there are various degrees of addiction to sizzurp, ranging from mild to serious. I know a lot of people are probably thinking that it’s not that big of a deal, since it’s ‘only’ cough syrup. But what they don’t know is that the $800 pint of sizzurp isn’t available over-the-counter at CVS or other pharmacies, which means that Justin and his buddies are getting it from a dealer – and they’re doing it illegally.

According to TMZ, there are only two ways you can acquire this – through a prescription, or a dealer out of the country. And guess which method Justin goes for? Out of the country, obviously. Apparently, he has a ‘connection’ outside of the country that enables him to get sizzurp and probably a bunch of other illegal contraband.

What’s even worse than his method acquiring sizzurp is how much he drinks – which is apparently between 8 ounces and 12 ounces a day. To put that into perspective, that’s more water than a lot of people drink in one day.

Of course, Justin’s people are reportedly pushing him to attend rehab, just like they’ve been doing for the past year. And once again, Justin is resistant because he thinks he can do whatever he wants with no consequences or repercussions. But it’s slowly staring to catch up to him – in addition to his felony vandalism charges, his behavior is starting to get completely out of hand, and it might get to the place where he will be forcibly admitted to rehab, with or without his consent.